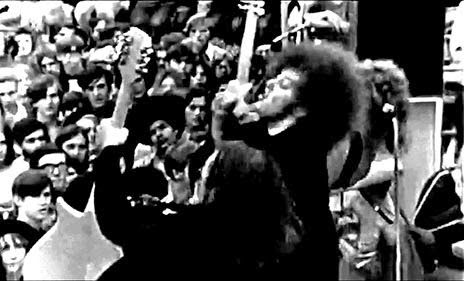 F: Well, you passed on from opinionated critic to a recording industry person, a producer. There was perhaps a recognition among a number of people around MC5 that you might be the one to produce them. Did the arrival of the MC5 on the scene coincide with your ambition ?

Absolutely. I had met Danny [Fields] and eventually, after meeting him, he invited me down to Elektra and I met Jac Holzman and at that time, which was in '67 or so, Jac offered me a job. He'd offer me a gig training me as a producer on the basis of some letters I had sent to Elektra and simultaneously that's when Wexler at Atlantic took a look of interest in what I was doing because I was writing all this soul stuff about what he was doing and he seemed to like it. In October of '68 Danny was out in Detroit. He saw the 5 and totally freaked, and he tried to get me on the phone and I was away for awhile, and he finally sent me a letter : " I have found it. Please call. "

F: You trust his taste ?

Well, no but it's interesting - you get a letter and somebody says, " I have found it. " What has he found ? Danny knew about my interest in the Remains and hard rock groups. So I decided what the hell man - I'd go out and see what it's all about. I didn't know about John Sinclair from the White Panthers or anything. So I get out there and Danny's out there and Sinclair is waiting at the airport. I never met anybody like Sinclair. The man was just immense. I mean, not physically : when you shake hands with John Sinclair you're shaking hands with somebody. Let me tell you, he just had a presence. We drove to Ann Arbor, it's at 1510 Hill Street - the White Panthers. I was intimidated.

These people were too far out. No doubt about it. Nobody introduced me to the band when I got there. During the day all I saw was these big people - they were big heavy people. They were White Panthers and physically, most of them, at that time were just big. I didn't know who was in the band and who wasn't in the band.

Just sitting around smoking shit and they're looking through the latest Rolling Stone. I had some article in it and I couldn't tell if they were relating to me as if I was press. Or whatever. Anyway, I was just sitting there and I just didn't know what to make of all this. So finally - there were about 40 or 50 people living there - there was dinner for about fifteen people and then they went out to play a gig. So the band all took off and Sinclair and I and Danny and Bruce Botnick, who engineered and co-produced the Elektra album, we all went out there. I don't think the band was signed as of yet. We drove about two hours man and I've never been in the Midwest and it's a pretty strange place to be if you've never been there. This flatness everybody talks about, really it's just a different kind of place. So we drove for it seemed like hours and we finally got to some teen club. It was like a mile down some big dirt road and we're driving down the road - a long drive - and we get down there and there were all these kids as far as the eye could see.

It was a small kind of place and I couldn't believe it . So we went in and it was all fifteen or sixteen year old kids, totally zonked out - wearing reasonably straight clothes but freaked out. And this is the first time I've seen the MC5 and I really don't know what is going on. There hasn't been that much talk that I can relate to since I go there.

F: Sinclair was obviously in control ?

Oh John ? Yeah, yeah. John was just absolutely pre-eminent in a not un-positive kind of way. I'm just giving you, as I remember it, my reaction the first time seeing them. There was no publicity about them at this point. No knowledge. I never heard of John Sinclair, I didn't know about the White Panthers, it was all before any of that. So finally we went backstage and I'm sitting there backstage and Wayne and Fred, the two guitarists, are tuning up with these tune-up amps - the loudest tuning up I've ever heard in my life. I could tell they could really play - and they were the two people in the band that can really play. And they were just sittin' there doing this funky Chuck Berry kind of stuff. I hadn't really talked with either of them but I just got a good feeling from them. So finally they came on and there were all these kids. Everybody in the band runs on stage, they just run on stage and then there's this guy with this blonde hair all dressed in black with his back to the audience.

Everybody's pointing to him while the guitars are feeding back and Wayne says, " Let me introduce you to our spiritual leader, Jesse Crawford, " and Jesse turned around and gave this rap, and I've heard him give this rap a million times but I never heard him give it like he gave it that night. The rap at the beginning of the Elektra album, that's like a parody of what he did. And he stood up there and the fuckin' earth shook. I mean it was unfuckin' real ! And he'd bring the whole thing to a climax and then they'd go into " Ramblin' Rose , " the great MC5 set opener, and then " Kick Out The Jams " and " Come Together . " The sound was all fucked up. I didn't like the sound. I couldn't relate to it. Nobody could handle it. It was too noisy. Until you were ten minutes into it, you couldn't distinguish anything. Then the kids were in an absolute frenzy.

Rock'n'roll hysteria for the first ten minutes. And then I immediately got the flash that they had no place to go with it. It started with an unbelievable explosion, and then there was no place to go and it started to get boring and then the power failed. This winds up being the highlight of the evening. Rob starts yelling at the club owner that the power's gone. And then he starts screaming, " Power ! Power ! " as a chant. It was just bizarre. And the whole place was screaming " Power ! " - all these kids.

They're just shaking their fists and chanting, " Power ! Power ! " It was scary, and then the power goes on. I personally did not interpret it as a mystical intervention of the Lord but I think a lot of people there may have. I figured the power was gonna go on sooner or later - he's just screaming and hopin' it'll last until it goes on you know. Well, it goes on. And he says, " When I was twelve years old I heard this song on the radio and I knew I was gonna have to stand on a stage and sing the song, man, " and then he went into " Tutti Frutti . " And that was just great. But by the end of the set it was boring, because it was too much undifferentiated sound. So what happened was they got done with the whole thing and then they destroyed their equipment at the end… 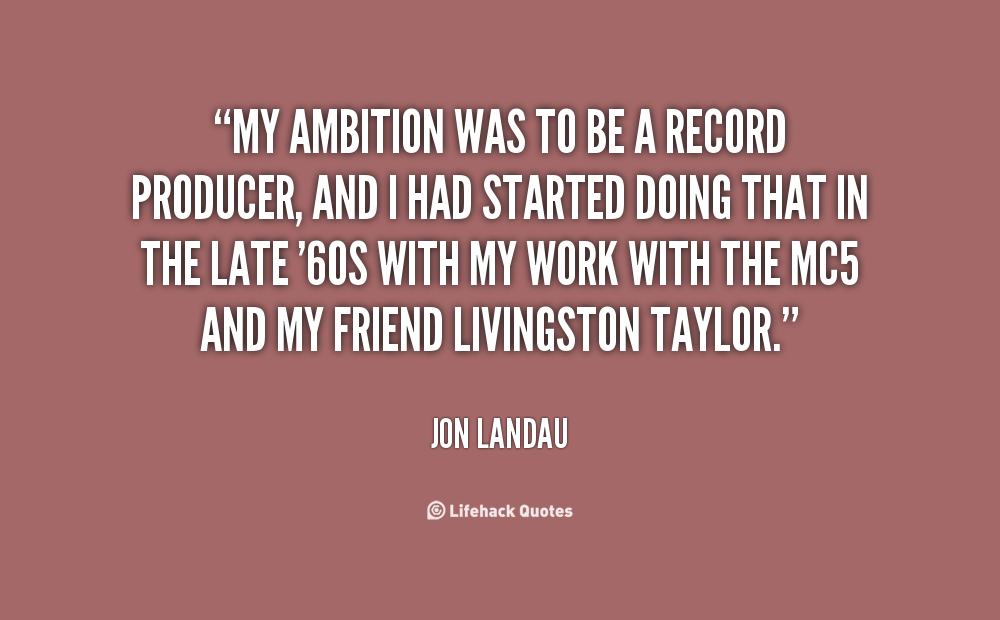 Absolutely. Absolutely. So we drove back and it was a long drive back. We get back to the house and I'm very uncomfortable. So Danny says, " Let's go back to the hotel and rap about it. " Danny was, it seemed, fairly anxious about what my reaction was. I had a feeling that everybody knew that this was something, but nobody had the foggiest idea of what the hell it was. This is Danny's greatness to me : he could look at the MC5 and, without comprehending it musically, he knew he was looking at something. Where a music critic would've come in and said, " Hey man, this is a lot of bullshit and a lot of jive, " he would say, " Hey man, well, fuck that - this is happening.

There's something going on out there. " O.K. So we get back and I start giving Danny my analytic rap - I have a tendency when I see a rock'n'roll group to assess them. If it doesn't knock me over experientially like something like B.B.King could, in the course of an hour's set I check out the bass player and I check out the drummer and for what it's worth I develop my opinions of each of them. I started giving Danny names and he said, " Stop right there man. Write it all down man and I'll pay ya'… Elektra will pay you. Write us a memo of your assessment of this band. "

A record company is gonna hire me to tell them about a group that they're gonna sign. So I said, well, this is fantastic. So I went right home and I wrote an unbelievable memo - I mean it was so good it should have been published. Danny had this idea that we should start doing it regularly. We should call it the MC5 Papers and I should trace like the development of the group in these memos and put it together as a book. Well, it didn't work out that way…