STATE OF THE MUSIC BUSINESS:MELLENCAMP 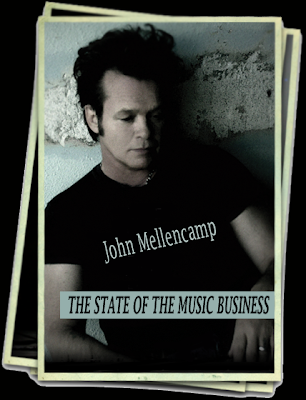 Over the last few years, we have all witnessed the decline of the music business, highlighted by finger-pointing and blame directed against record companies, artists, internet file sharing and any other theories for which a case could be made. We've read and heard about the "good old days" and how things used to be. People remember when music existed as an art that motivated social movements. Artists and their music flourished in back alleys, taverns and barns until, in some cases, a popular groundswell propelled it far and wide.


These days, that possibility no longer seems to exist. After 35 years as an artist in the recording business, I feel somehow compelled, not inspired, to stand up for our fellow artists and tell that side of the story as I perceive it. Had the industry not been decimated by a lack of vision caused by corporate bean counters obsessed with the bottom line, musicians would have been able to stick with creating music rather than trying to market it as well.


During the late 80s and early 90s the industry underwent a transformation and restructured, catalyzed by three distinct factors. Record companies no longer viewed themselves as conduits for music, but as functions of the manipulations of Wall Street. Companies were acquired, conglomerated, bought and sold; public stock offerings ensued, shareholders met. At this very same time, new Nielsen monitoring systems -- BDS (Broadcast Data Systems) and SoundScan were employed to document record sales and radio airplay.


Prior to 1991, the Billboard charts were done by manual research; radio stations and record stores across the country were polled to determine what was on their playlists and what the big sellers were. Thus, giving Oklahoma City, for example, an equivalent voice to Chicago's in terms of potential impact on the music scene. BDS keeps track of gross impressions through an encoded system that counts the number of plays or "spins" that a song receives.


That number is, thereafter, multiplied by the number of potential listeners. SoundScan was put in place at retail centers to track sales by monitoring scanned barcodes of units crossing the counter. A formula was devised whereby the charts were based 20% on the SoundScan number and 80% on BDS results. The system had changed from one that measured popularity to one that was driven by population.


Record companies soon discovered that because of BDS, they only needed to concentrate on about 12 radio stations; there was no longer a business rationale for working secondary markets that were soon forgotten -- despite the fact that these were the very places where rock and roll was born and thrived. Why pay attention to Louisville -- worth a comparatively few potential listeners -- when the same one spin in New York, Los Angeles or Atlanta, etc., was worth so many more potential listeners? All of a sudden there were #1 records that few of us had ever heard of…