THE SECRETS WERE A GREAT BAND 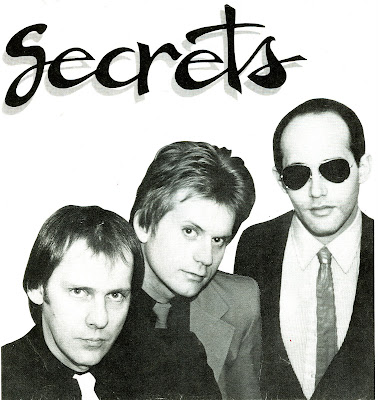 
This was my favorite band other than the MC5. Bob Slap on guitar, and Charlie Bell on the bass. We were an energetic, and fun band. The tunes were poppy, snappy, and highly danceable. We rehearsed 3-4 times a week and it showed. We had a decent following and our fans would come to see us in a blizzard. Unfortunately, Detroit was virtually dead musically and difficult to get a lot of work.


I got an offer to tour Australia in the one time only New Race band for eight weeks. That band featured Ron Asheton, famous guitar player from the Stooges, and the one and only Dr. Deniz Tek on guitar. Deniz is a fantastic guitar player and we all know Ron was a one of a kind whiz on the strings. The rest of the band were members of Radio Birdman, Deniz’ band in Australia (a great band in their own right). We all had a great time touring. We were treated with the utmost respect and played many fabulous gigs. Come to think of it, the New Race is just as much of a favorite of mine as the Secrets were. Ah, so was The New Order.


The original New Order (more on them later).
Long story short, I came back to The USA and played two shows with the Secrets and it was nothing but a letdown. Not the band, but the way the promoters treated us. We were treated like a band from the third world. I got sorta angry about that, and I quit. That was a mistake I will always regret. As far as I was concerned the Detroit scene was in rigor mortis and it was time to move on...

If any of you MGT readers have any video of The Secrets laying around we'd love to see it!