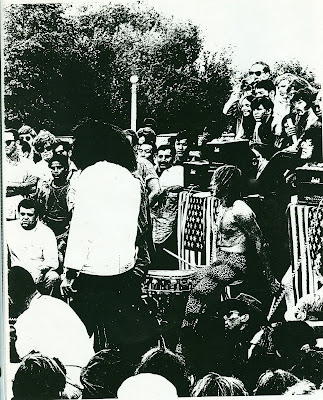 
A flat bed 18 wheeler for a stage. Our amps and PA power cords all running to a hot dog vendor's generator. About 3500 people in the crowd. There were supposed to be around eight big name bands that promised to show up and perform. None of them did. I won’t embarrass them by mentioning their names. We were the only band that showed that fateful afternoon.


About 5 songs into our set, I could see mounted police storming through the far back of the crowd. They were swinging three foot batons at everyone. Some people were throwing rocks and bottles. There were maybe two to three helicopters overhead, and the entire crowd was suddenly surrounded by cop cars and paddy wagons.


We did not stick around to see what happened because along with the Chicago Seven, we were going to be arrested for inciting a riot. Pure unadulterated establishment hogwash.


Nobody came to riot. If they did maybe they would’ve armed themselves a bit better, hah!


So, once again we were forced to flee in our van. The US Signal Corps took many photos of the crowd and our band that day and the paper FBI file on us probably grew a couple more inches worth. 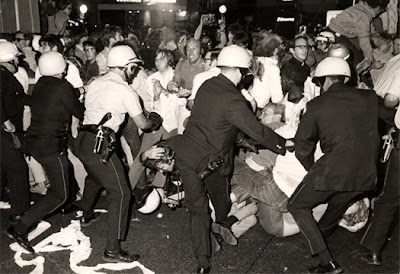