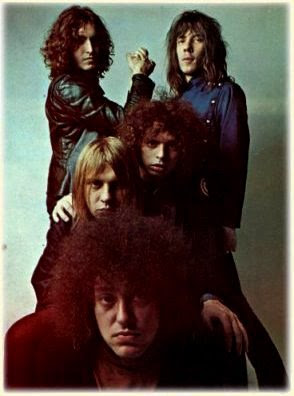 We read this article today written by a northern (Hillman) Michigan writer Eric Benac. We thought we'd share his article and then add our thoughts....

What is interesting about Michigan rock bands is that they have historically tended to emphasize raw power and blunt force over finesse and subtlty. There is a working class rage in much of the finest Michigan rock, very appopriate for a state built on farming, factory work, logging, and mining. The roar of early Michigan rock was the roar of the working masses. I will be doing a series

Take the MC5 for example (pictured right). In 1969 they released their live debut album "Kick Out The Jams" (featuring the infamous title track with its prominent use of a very naughty word). It was loud, blunt, and angry. They rallied against social wrongs in a simple and honest way. The bands "M.C" J.C. Crawford introduced the band, screaming "Brothers and sisters! Are you going to be part of the problem, or are you going to be part of the problem?" This rally for social justice was similar to the earlier flower power movement, but this was different. The hippies sang quiet songs about "smiling on your brother" and "trying to get together, try to love one another right now." The idealism of the sixties was wide spread throughout the youth of America.

However, if the hippies asked us to "love one another right now" over gently strummed guitars and delicate vocal harmonies, the MC5 screamed it with a loud mouth soul singer screaming on top of music that sometimes seemed barely in control of itself. But the fury, the passion, and the sincerity is real, engaging, and contagious. Late seventies punk rockers like Johnny Rotten often point to this album as a huge influence.

So the band delivered the goods live. But how were they in the studio? In 1970 they answered that question with the album "Back in the U.S.A." It is a startling departure for the band. While the first album boasted incredible energy, passion, and a loud messy sound, "Back in the U.S.A." illustrated a band attempting to reign in their wildness. The songs are shorter and are well written songs, as opposed to the messy blasts of sound from the earlier album. The guitars are tamer: "Kick out the Jams" featured wild distorted guitars that bled into each other with blasts of feedback. These guitars are controlled and in line. This is not to say that the album is tame. In fact, by refining and cleaning up their sound, the MC5 made what some consider their best album. The album is melodic and speedy. The guitars pump rhythmically, with Fred "Sonic" Smith and Wayne Kramer trading clever licks and guitar leads with the skill and ease of professionals. Though the album was not as chaotic and epochal as "Kick out the Jams" It's style is similar to the later style of The Ramones a band that helped launch the punk revolution in the late 70's. 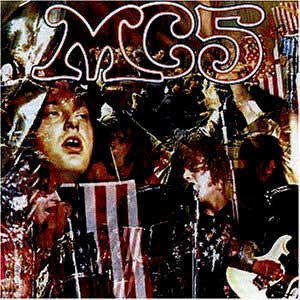 After creating two incredibly influential albums, the band got together for 1971's "High Time." Something had changed in the band. The songs grew more complex, featuring multiple parts, longer guitar solos, and a tamer overall sound. The guitars don't roar, nor do they speed. There are pianos and organs on the album, increasing the sonic texture. There were even horns on the album! Out of all their albums, it is the least influential as their sound grew less idiosyncratic than before. The songs were good. In fact, it was their most accessible album. But by expanding their sound and attempting to be more ambitious with their sound, they were beginning to sound like typical rock and roll from the 70's. However, as the album was released in 1971, the sound and style here wasn't as prevalent as it soon would be. Once again, the band was ahead of their time. The band broke up soon after, never releasing another album.

The band did get back together to do some live shows, but unfortunately, Fred Smith and singer Rob Tyner have passed away. But the band's legend lives on. Any book on rock and roll music will have at least one album by the band on their "Greatest Albums of All Time" list. Their influence on punk rock and roll and roll in general cannot be underestimated. They helped give the working class a voice to vent in rock and roll. Michigan groups like "Grand Funk Railroad" would have been impossible without the MC5 to show them the way. And while he took a much different musical route, Bruce Springsteen's working class lyrical message may have been influenced by the timeless roar and rage of the MC5. So the next time somebody says "nothing good ever came out of Michigan" play them the MC5 and kick out the jams.

Dear Eric. You have a very keen sense for the obvious. (Chuckle). “High Time” was never properly promoted as the band was falling apart by then. Hell, we only played the tunes live from that record a few times in Europe where we lived in London.

I personally believe that songs like “Skunk”, and “Over & Over” displayed our very best work. At that time, we co-produced ourselves with the help of Geoffrey Haslam, an excellent producer. He allowed us to literally produce ourselves.

This was the only album where we had that opportunity. If only the band could have survived all the bullshit, who knows where we would’ve taken the idiom of rock n’ roll?

Thanks for the props. I can only tell you this: We were one of the hardest working bands on the planet. Period! I know. I was there…