We made a new friend on the Stooges Forum who was kind enough to forward on to MGT his ticket, pictures and news clippings about our Belfast Concert:

Since first hearing the infamous “Kick Outs The Jams, Motherfucker!” clarion call on the bands first album I knew I would love the Motor City 5. Although their little brother band, The Stooges, remains my favourite band; I would always imagine myself in the MC5. I used to listen to High Time everyday, eyes closed, and imagine myself playing every instrument in turn. 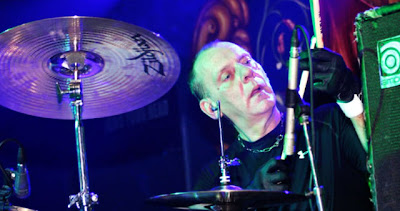 They seemed a part of me. The music was the same music I wanted to create. The roar of the guitars, the constant beat of the drums, the powerful bass and of course the incredible vocals.


The MC5 were the last of the ‘’Holy Trinity of Proto-Punk” I had to see; having seen The Stooges and the New York Dolls earlier in the year. I wondered what it would be like without Rob and Fred. I knew it would be good, I just didn’t know how good. 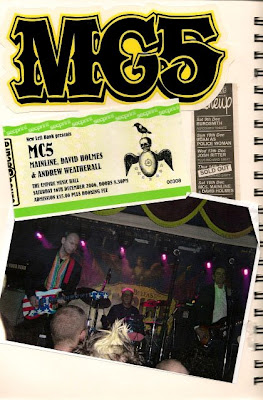 Wayne Kramer’s guitar, in patriotic red, white and blue colours, screamed like an eagle and seemed to pierce the air. Michael Davis’ bass was as powerful as on record, and Dennis “Machine Gun” Thompson’s drums kept the whole thing together with strength and precision.

The guest singers and guitarists; Adam Pearson from Sisters of Mercy, Lisa Kekaula from The Bellrays and Mark Arm from Mudhoney were all spectacular, Lisa Kekaula’s singing in particular was astounding; a welcome addition to the MC5 legacy. 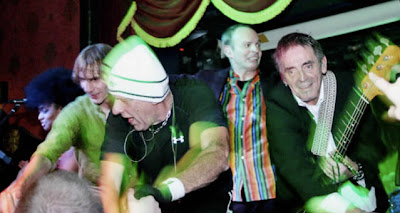 It was an amazing performance, I can only hope I get to see them again. Until then I'll just keep imagining myself playing Sister Anne at the Grande Ballroom with Dennis, Wayne, Michael, Rob and Fred. guest post by homesick james williamson Thanks so much HomesickJW! DKT/MC5