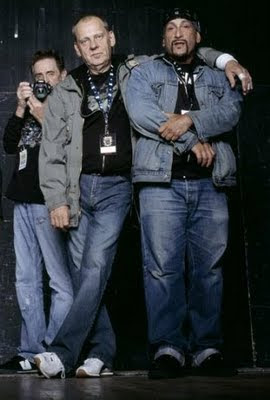 Only a week into an ambitious world tour, bassist Michael Davis, guitarist Wayne Kramer, and drummer Dennis “Machine Gun” Thompson took to the Bowery stage as the surviving members of the once mighty MC5, proving that they could still kick out the jams with love, humor and passion.

One of a select few bands completely defined by the sum of its parts, the untimely passing of vocalist Rob Tyner and guitarist Fred “Sonic” Smith over a decade ago effectively ended the MC5 proper. Thus, any attempts to utilize the band moniker could/should be met by healthy doses of skepticism and criticism. With one eye on the music and the other on integrity however, the DKT tour is not crafted as a reunion per se, but rather a celebration of art created many years ago; ably supported by a roster of collaborators, its line-up will change as the tour ventures from the States to Australia and Japan. 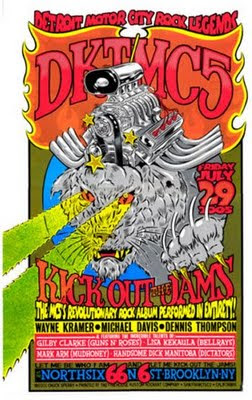 Once the tour bus rolled into New York for the two night stand, the majority of vocal chores were handled by Mudhoney’s Mark Arm—a fledgling legend in the annals of grunge—while understated but ultra-cool Marshall Crenshaw contributed a solid rhythm guitar.


And speaking of legends, what would a genuine New York gig be without The Dictators’ Handsome Dick Manitoba belting out a song or two? If that wasn’t enough, throw in unpredictable ex-Lemonhead Evan Dando, and the twin gigs encompassed everything from rock and roll revival to
theater of the absurd. Full story HERE 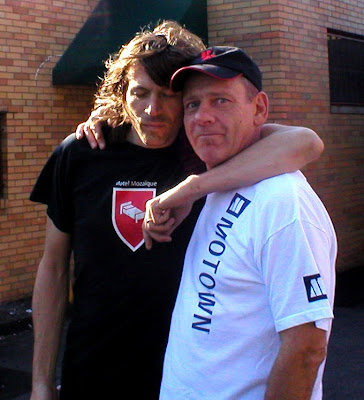