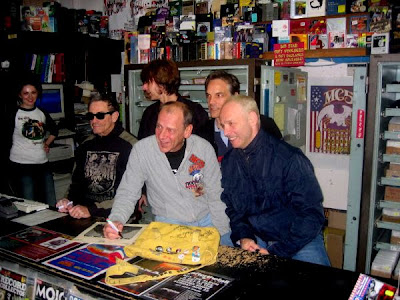 Deniz Tek is the most ferocious and propulsive rhythm (or lead) guitar players I've ever had the honor to play with. Out of all the guitar players I have played with in my long career. Deniz was the toughest one for me to keep up with. His playing was so precise and pristine clean. I rank him up there with the very best rock n roll guitar players of all time. And let me tell you his lead guitar solos blistered the air and the audiences!

I consider Deniz Tek one of my closest personal friends. The New Race tour in Australia with Deniz and Ron Asheton was one of the best tours I have ever done! I had a blast with those guys and love them both. (RIP Ronnie)

Denis Tek would have made Fred Smith extremely proud to have Deniz fill his spot on stage.

Read Deniz'a story about the tour HERE Deniz talks about our 2004 tour and has great photos from his personal collection too. Thanks Deniz! MGT 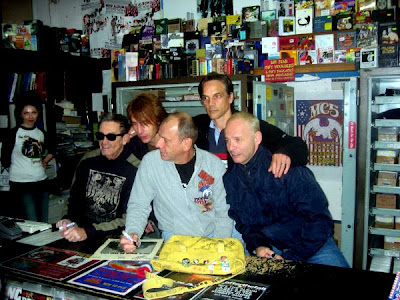 Here is a live recording of Human Being Lawnmower featuring DKT/MC5 and Deniz Tek.

Special thanks to Damo Musclecar for the photos!