MACHINEGUN THOMPSON: FROM THE GARAGE 1963 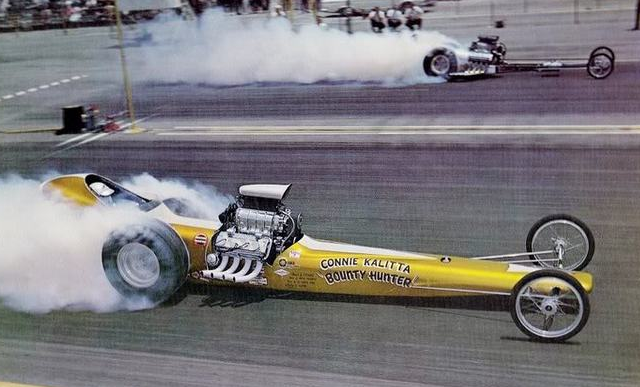 Way back in 1963, Wayne Kramer and I played in an instrumental band. We called ourselves “The Bounty Hunters”, after Connie Kalitta’s dragster of the same name.

Also Steve McQueen had played a cool Bounty Hunter on tv's “Wanted Dead or Alive” on TV. We were the ripe old age of thirteen years. Fred Smith was in a rival band called “The Vibratones”. We played backyard barbeques and we rehearsed in Billy Varga’s garage. He was our second guitar player. We had no bass player.


Later that year I quit the Bounty Hunters to play with Jeff Warady and the Paramounts, because he was playing weddings and making cash bucks. I needed the money to start saving for a car.

After school I worked all kinds of jobs to build up my car fund. Great jobs, like a short order cook, delivering flyers door to door, a car wash, pizza delivery. Yuk! I soon grew tired of the Paramounts because we had to play nothing but standard covers and I got bored with the whole idea.

I then shifted to playing country and rock n’ roll beer joints with my brother Pete, who was 25 years old at the time and I was 15, but he acted as my guardian. I always looked up to my brother. He played guitar, bass, and a Hammond B-3 organ. He drove a mega-hot ’56 Chevy ragtop with a 327 stick shift. Way cool.

Pete used to take me fishing a lot when we were younger. Great times. We had Tuesday night wrestling brawls in the living room. My mom would go to a thing called a Novena, and my brother and I would completely tear up the living room. My sister Donna would always rat us out, but Mom knew.

Many times I almost went through the big picture window. We were nuts. Well. In the bars, I drank a lot of Cokes, ate chips and got to smoke cigarettes around the guys.

This was a step up. The money was okay, and I was having a ball.

My family was a musical family to be sure. My sister played piano. My mother sang on the radio before bronchitis cut her blossoming career way short. My dad played the upright acoustic bass.

We all used to play and sing together down the basement at Christmas-time. God, those were some of the best moments of my life. Truly. I am so blessed.