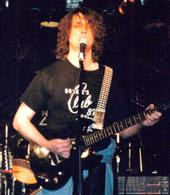 Scott Campbell plays just about every instrument invented! He probably has invented a few as well... Scott writes his own poetry, music, and not to mention, is a master guitar craftsman from a long line of fine Scottish Craftsmen.


Scott Campbell began writing poetry at the age of seven and writing songs at the age of eight. He is self-taught on guitar, drums, keyboards, alto sax, violin, oboe, vibraphone, Mellotron, mandolin, and autoharp. He just received his 22nd ASCAP songwriter's award has been played on radio stations around the world.

Scott's legacy as the ex-booker of Bookies nightclub in Detroit and leader of The Sillies, the first local band to call themselves "punk", rates a mention too.

Scott performed as a solo artists for many years and also as the leader of his own Scott Campbell Band.

He was a founder of - and remains vocalist and guitarist for - The Sillies. They were the first Detroit band to actually call themselves punk, which was kind of a brave thing to do in 1977. Their first gig was playing support to Destroy All Monsters (home to Ron Asheton ex-Stooges and Mike Davis ex-MC5 and Rob Tyner's solo band.

The Sillies toured the U.S. and Canada, played shows with The Damned, The Dead Boys, Johnny Thunders & The Heartbreakers, The Cramps, and many others.

During a lean time for Detroit rock and roll in the '80s, Scott ran Bookies Club 870, one of the mainstays of the local underground club scene that played host to shows by Iggy and the Police among many others. (Thanks so much Barman!) 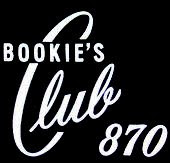 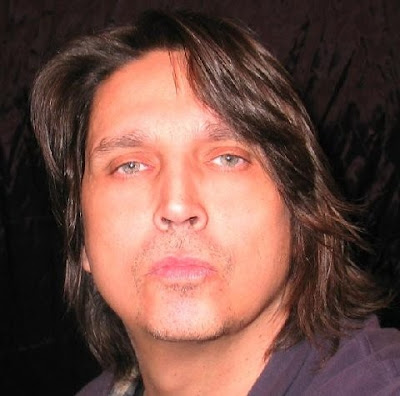 The Campbell Family came to America in the 1850's during "the clearances", when thousands of Scots were driven off their lands and forced to emigrate to other countries. Brothers Frank and Cash Campbell settled in Marine City, Michigan and crafted handmade acoustic guitars.

Frank's son, John Burdett Campbell, continued the family business until moving west to homestead in Montana with his wife Ella Konig, the daughter of a German architect and engineer. John eventually relocated to Detroit and worked for the Acousti-Lectric in 1936, the world's first electric guitar factory. The company eventually went bankrupt and John turned to real estate as a career to support his wife and three sons. 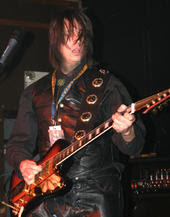 John B. Campbell's grandson Scott has designed and built his own electric guitars, basses, amplifiers, and speaker cabinets since 1971. He received instruction in woodworking and electrical design from his father Herbert A. Campbell, himself a skilled bagpiper and industrial designer.

Scott is the last surviving male member of his family. It has served as a major motivation in preserving the family's legacy through the creation of a handful of superb instruments intended to carry on the Campbell name long after the last of the line has died out.

Quantities will be extremely limited but each Campbell guitar will be an individual and unique work of art hand crafted from the rarest woods and finest components. Their owners can be proud to be part of the Campbell family heritage by possessing an example of more than 100 years of Campbell quality and excellence. 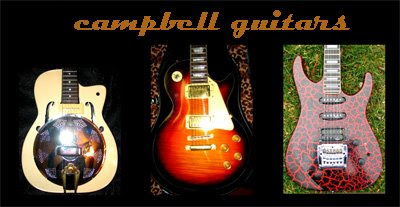 S-Campbell.com listen to his music HERE
Scottcampbell.net
Scott on My Space