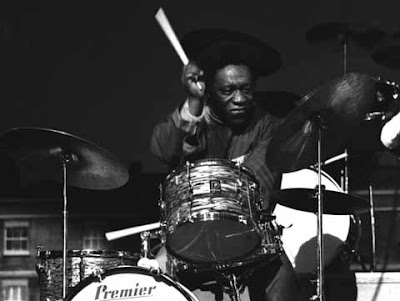 Happy Birthday to one my drumming heroes.... Born Oct 11,1919 Art Blakey began his musical career, as did many jazz musicians, in the church. The foster son of a devout Seventh Day Adventist Family, Art learned the piano as he learned the Bible, mastering both at an early age. But as Art himself told it so many times, his career on the piano ended at the wrong end of a pistol when the owner of the Democratic Club — the Pittsburgh nightclub where he was gigging — ordered him off the piano and onto the drums. Art, then in his early teens and a budding pianist, was usurped by an equally young, Erroll Garner who, as it turned out, was as skilled at the piano as Blakey later was at the drums. The upset turned into a blessing for Art, launching a career that spanned six decades and nurtured the careers of countless other jazz musicians. As a young drummer, Art came under the tutelage of legendary drummer and bandleader Chick Webb, serving as his valet. In 1937, Art returned to Pittsburgh, forming his own band, teaming up with Pianist Mary Lou Williams, under whose name the band performed. 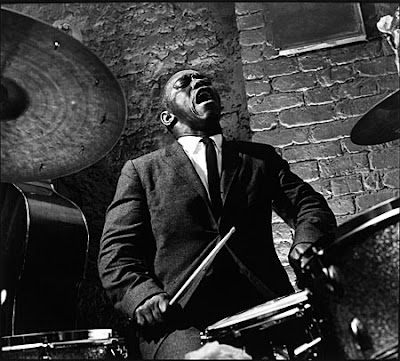 From his Pittsburgh gig, Art made his way through the Jazz world. In 1939, he began a three-year gig touring with Fletcher Henderson. After a year in Boston with a steady gig at the Tic Toc club, he joined the great Billy Eckstine, gigging with the likes of Charlie Parker, Dizzy Gillespie, and Sarah Vaughn. Listen to his music HERE SEE THE OFFICIAL ART BLAKEY WEBSITE HERE