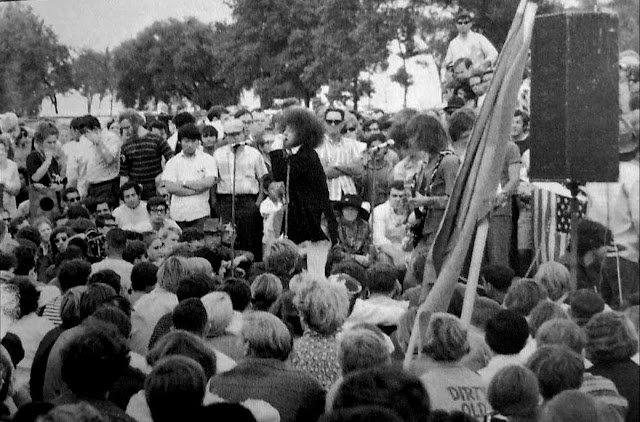 Picture this setting:A flat bed 18 wheeler for a stage. Our amps and PA power cords all running to a hot dog vendor's generator.

About 3500 people in the crowd. There were supposed to be around eight big name bands that promised to show up and perform. None of them did. I won’t embarrass them by mentioning their names.

The US Signal Corps footage

We were the only band that showed that fateful afternoon. About 5 songs into our set, I could see mounted police storming through the far back of the crowd. 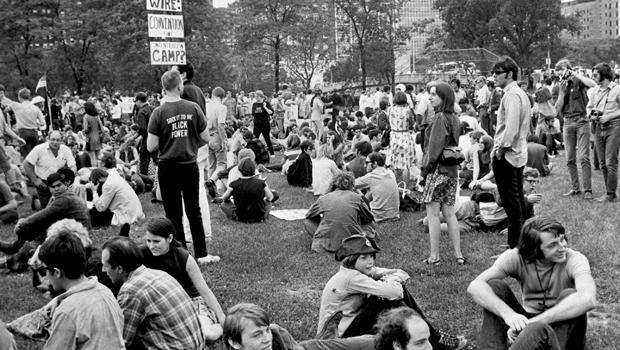 They were swinging three-foot batons at everyone. Some people were throwing rocks and bottles. There were maybe two to three helicopters overhead, and the entire crowd was suddenly surrounded by cop cars and paddy wagons.

We did not stick around to see what happened because along with the Chicago Seven, we most likely were going to be arrested for inciting a riot. Pure unadulterated establishment hogwash. Nobody came to riot. If they did maybe they would’ve armed themselves a bit better, hah! 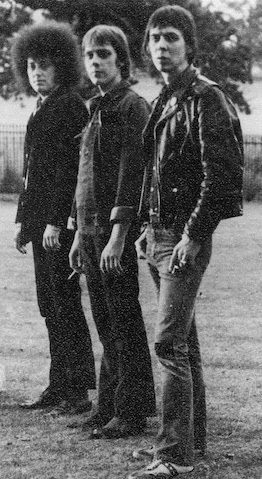 So, once again we were forced to flee in our van. The US Signal Corps took many photos of the crowd and our band that day and the paper FBI file on us probably grew a couple more inches worth.
God Bless America.

In September of 1968, Sinclair would be indicted for taking part in the bombing a CIA office in Ann Arbor. But exactly one month prior, he presided over the MC5’s appearance at the riotous Chicago Democratic National Convention.

The band was booked as part of Abbie Hoffman’s attempt to stage a “Festival of Life,” bringing 100,000 young people to the city “for five days of peace, love, and music,” writes the site Chicago ’68, to “redirect youth culture and music toward political ends.”

Fittingly, perhaps, the MC5 was the only band that showed up after Hoffman and his Yippies failed to secure the permits. They played for less than an hour to a crowd of a few thousand.

I hitch hiked from NYC to Chicago for the 68 Dem Convention with my girlfriend. Between the Police and the National Guard, it was intense. I recall the MC5 Show as being short, in the middle of the Park, maybe 45 minutes or so. I saw many shows by the MC5, never a bad one. Police were very intimidating. It was worse at the Abby Hoffman Rally. The whole crowd was surrounded by National Guard and Police. Right after Allen Ginsberg spoke the Police rushed the crowd and there was a stampede. It's a miracle there weren't a lot of injuries.