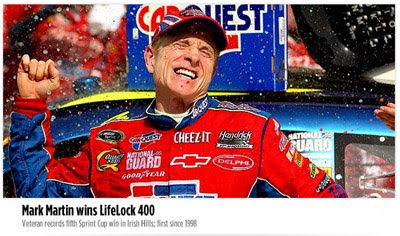 MGT went to his first NASCAR race at Michigan International Speedway! 200,000 race fans braved the heat and were treated to a good, but sometimes boring race. The last lap was the most exciting. The two front runners, Jimmie Johnson and Greg Biffle ran out of gas…… 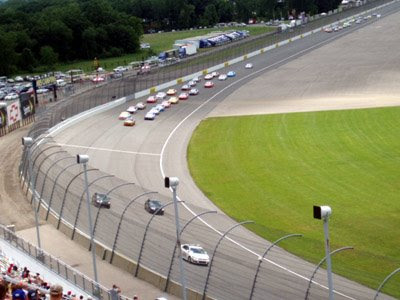 Holy shit! Those NASCAR drivers have newfound respect from me. I am an avid RACE FAN, have been for years. Never went to a NASCAR race till yesterday at the LIFELOCK400 June 14, 2009. The temperature inside those cars had to be 110 to 120 degrees. These are real men (and women in the NASCAR and Indy car series.)


Patrice was home sick with the flu. So my partner in creativity, blogger, Ms Kim Maki of Retrokimmer fame agreed to accompany MGT. 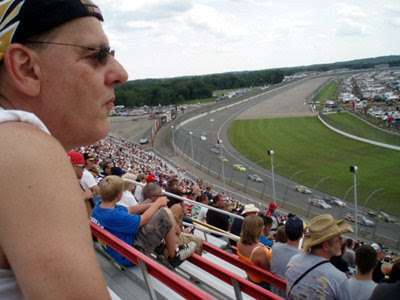 I can say this about the Kimmer, she is a trooper and big RACE FAN! RK has been to over 33 races all over the US. Kimmer watched the entire race, every single lap... :)


It was Army/Airborne day with an appearance of the Ft Benning GA Parachutists, (where Kim lived in high school) so this race day had extra special meaning for her. Kim's father Major Frank Maki a Career Army Officer was killed in action in Vietnam June 22, 1971, just 3 miles south of the DMZ, at Fire Base Fuller. See Major Maki on the Vietnam Wall


It was exciting to watch the parachutists jump out of their Army transport plane with smoke coming out of their feet! Kim hoped they'd land near turn 3... They landed outside the track behind the Grand Stands. 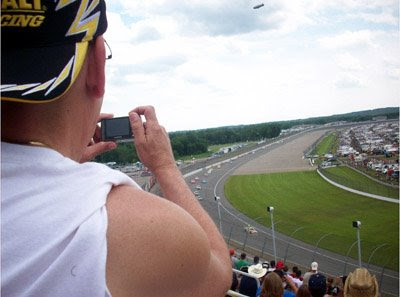 We had a great time period. We had great seats at Turn 3/Row 62/Seat 11/12. The name of the race was The Lifelock 400. It was at Michigan International Speedway in the Irish Hills, Brooklyn Michigan. MIS has a vast history in Auto Racing read more about it HERE 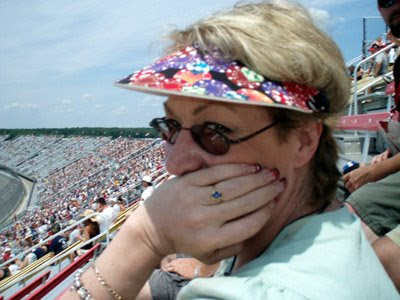 Kim had Jimmie Johnson, Kyle Busch, and Tony Stewart. I took Matt Kenseth, Greg Biffle and Jeff Gordon. What a thrill it was for me to see Jimmie run out of gas right (in front of Kim) at turn three where we were sitting. I gave Kim the ribbing of course and we were both glad to see Mark Martin win. YAY! There's one for the older fella’s! Mark Martin being more seasoned as a racer knew how to pace himself and though he was ready to settle for 3rd, out smarted the youngsters to glide into the winner's circle!


More about the race:


Mark Martin told his crew with just about four laps remaining in the NASCAR Sprint Cup Series LifeLock 400 at Michigan International Speedway that his car was fast enough to run with race-leader Greg Biffle and second-place Jimmie Johnson. The problem for Martin was that while he was third he didn’t have enough time to catch the two leaders, so he went to Plan B.


That was to accept a third-place finish and collect enough points to jump from 13th to 10th in the race to make the season-ending 12-car Chase.

But wait! Johnson ran out of gas with less than two laps to go and Martin had renewed hope. Then Biffle ran out seconds later and Martin was home free, home first with his third triumph this season and 38th overall in 737 NASCAR Sprint Cup Series races. 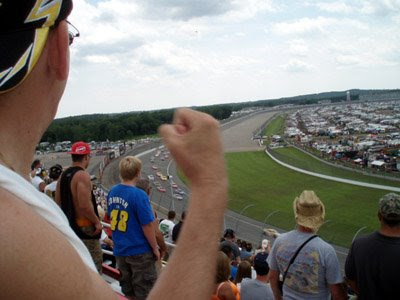 My dad goes home Tuesday and I am as happy as he is. Will be sending posts in rapid fire succession so stay tuned matey’s…