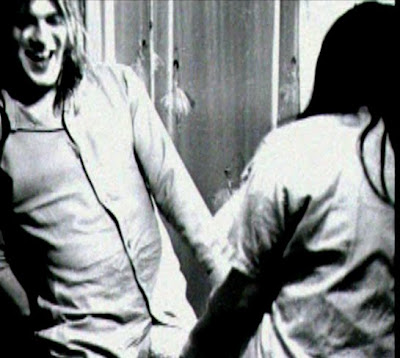 Machinegun gets plastered began back in prime time when I would do anything. I was the wild child without a worry in the world. Then I met Cynthia the Plaster Caster. OH, OH! 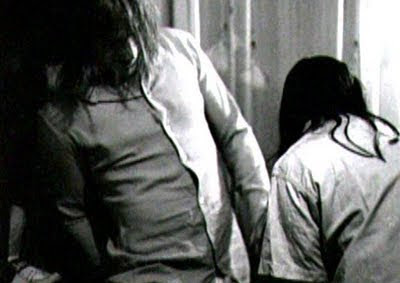 Cynthia's Official Website HERE
Here is a bit on Cynthia from Wiki: 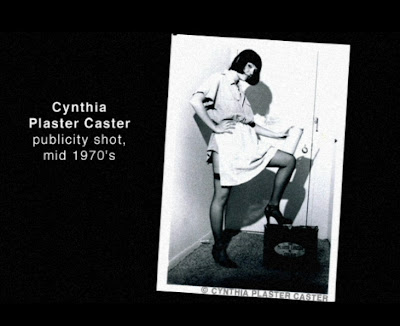 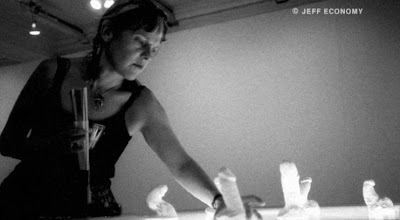 Shy as a young girl, Cynthia sought out a way to make contact with the opposite sex. In the mid-1960s she became caught up in free love and rock music. In high school, when her art teacher gave the class an assignment to "plaster cast something solid that could retain its shape", her idea to use the assignment as a lure to entice rock stars to have sex with her became a hit, even before she made a cast of anyone's genitalia. Finding a dental mold called alginate to be sufficient, she found her first client in Jimi Hendrix, the first of many to submit to her inventive idea.

Meeting Frank Zappa, who found the concept of "casting" both humorous and creative as an art form, Cynthia found in him something of a patron. He moved her to Los Angeles, California, which she described as a veritable groupie heaven, with no lack of assistants.

Together, Zappa and Albritton conceived an idea of preserving the casts of musicians for a future exhibition, entrusting them to his partner, Herb Cohen, for safekeeping. This idea never took off, due to a lack of famous rock stars as participants. A movie was made of Cynthia Plaster Caster, and her celebrity grew. However, she found herself having to file a lawsuit to retrieve the casts.

Retro: Kimmer emailed Cynthia to discuss doing a post for MGT and she replied:

Hi Kimmer,
Glad you like my website. I looked at Dennis' cast just now - very impressive with lots to look at. As for me contributing a paragraph or two, I'm afraid you caught me at a bad time. Right now I'm working on my autobiography, and my agent would prefer I save the bulk of my my story-telling for that, and hold off on doing interviews until the book is released. I will tell you for now that Dennis' cast came out as one of the best-looking I'd ever done.

Thanks for contacting me, doll. Hope this helps. Tell Dennis I say howdy.

MGT: My, oh my said the spider to the fly.

My good friend Jeff Economy filmed her DVD movie. Jeff also worked on “A True Testimonial: The MC5”, the Future Now Films Documentary. VH1 did a 20 minute special on her collection some years back.

Anyway, one day at the infamous 1510 Hill House these two gals show up and tell us that they take plaster impressions of their favorite rock stars. They wanted to cast Wayne &amp; Myself. I thought about it for say, 2 seconds, and said “Hell yeah, why not?” 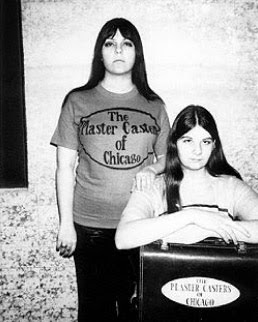 Cynthia told us she had already done Jimi Hendrix, Mick Jagger, Pete Townsend, Jello, Mark Lindsay, Keith Moon, Frank Zappa, Jeff Beck and on and on. She said it would be an honor to do this to us. Hell, why not?

Well, they mix up the alginator (dental plaster material). One girl is called the plater (subject stimulator) and her gig is to get a rise out of the subject. Know what I mean?

Well I rose to the occasion, she pushes the mold on to the member and I climaxed when it was all the way in. Hah! That was weird. I was the only one of her many subjects to do this! No end to rock n’ roll strangeness. Never.

Mine came out very well, thank you. I am purposely keeping this short as you can see it for yourself on YouTube and her DVD if you are so inclined. She calls them her “Sweet Babies” and she is a very wonderful person all in all. Actually, she was “a-head” of her time. PUN intended.

How was I to know that some of my family members would someday see a photo of their uncle in an art magazine a couple of years ago while sitting in the doctor’s office? I was slightly embarrassed but we all had a good laugh. Not at my picture mind you….hahaha But at the very fact that there it was out there for the world to see. Ya just never know…Gotta’ Keep Movin’Right?