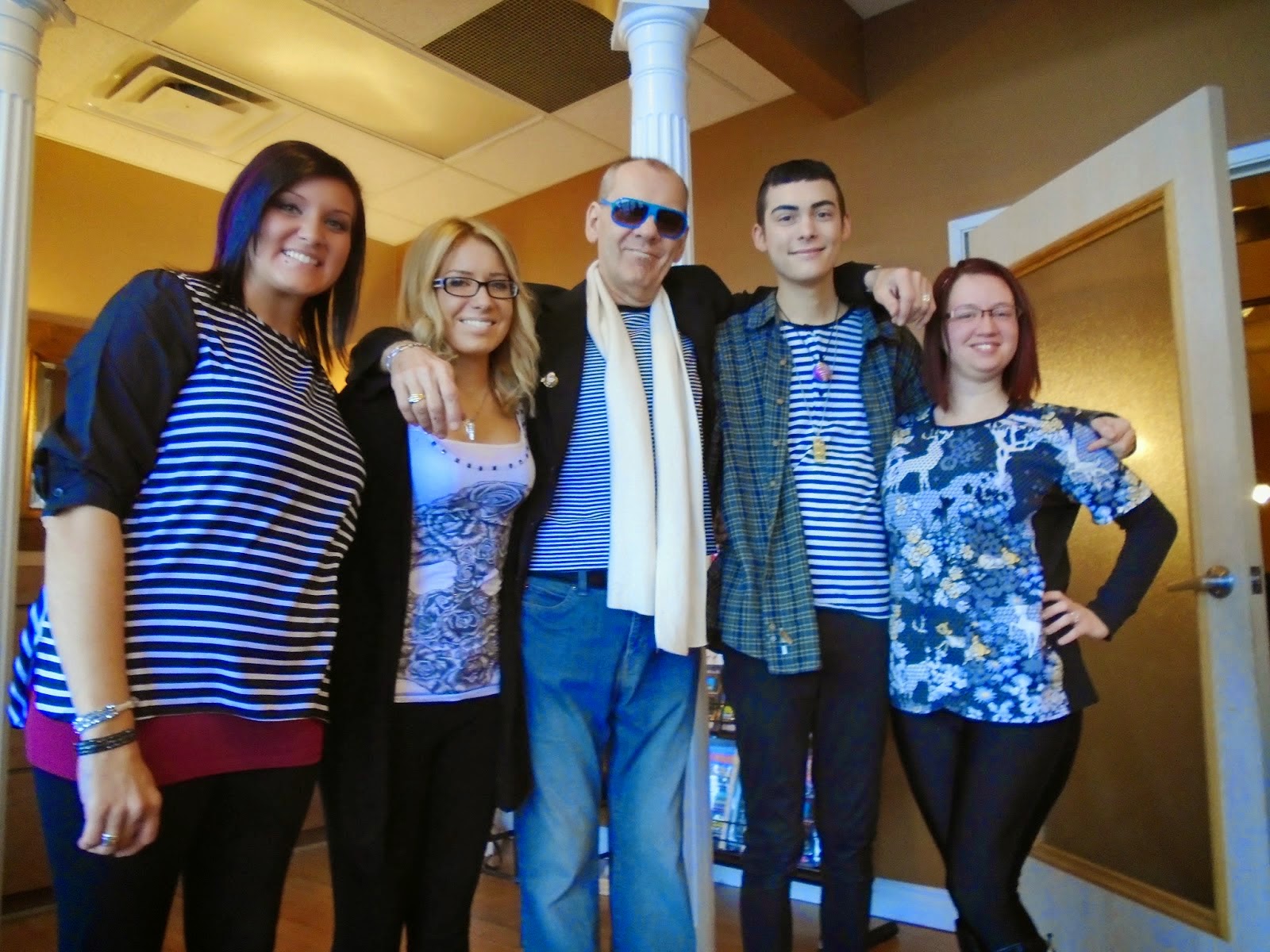 Kim Maki (retrokimmer.com) and I had a fab day on Tuesday 1/20/15. We went to Boncidello Salon & Spa . She got a new trick haircut and I had a deep tissue massage. First one in over 10 years. I was a noodle when finished and immediately had to go sit in with the prodigious child rock musicians at The Rock & Roll Prep School. Nothing but fun! Yeah man... 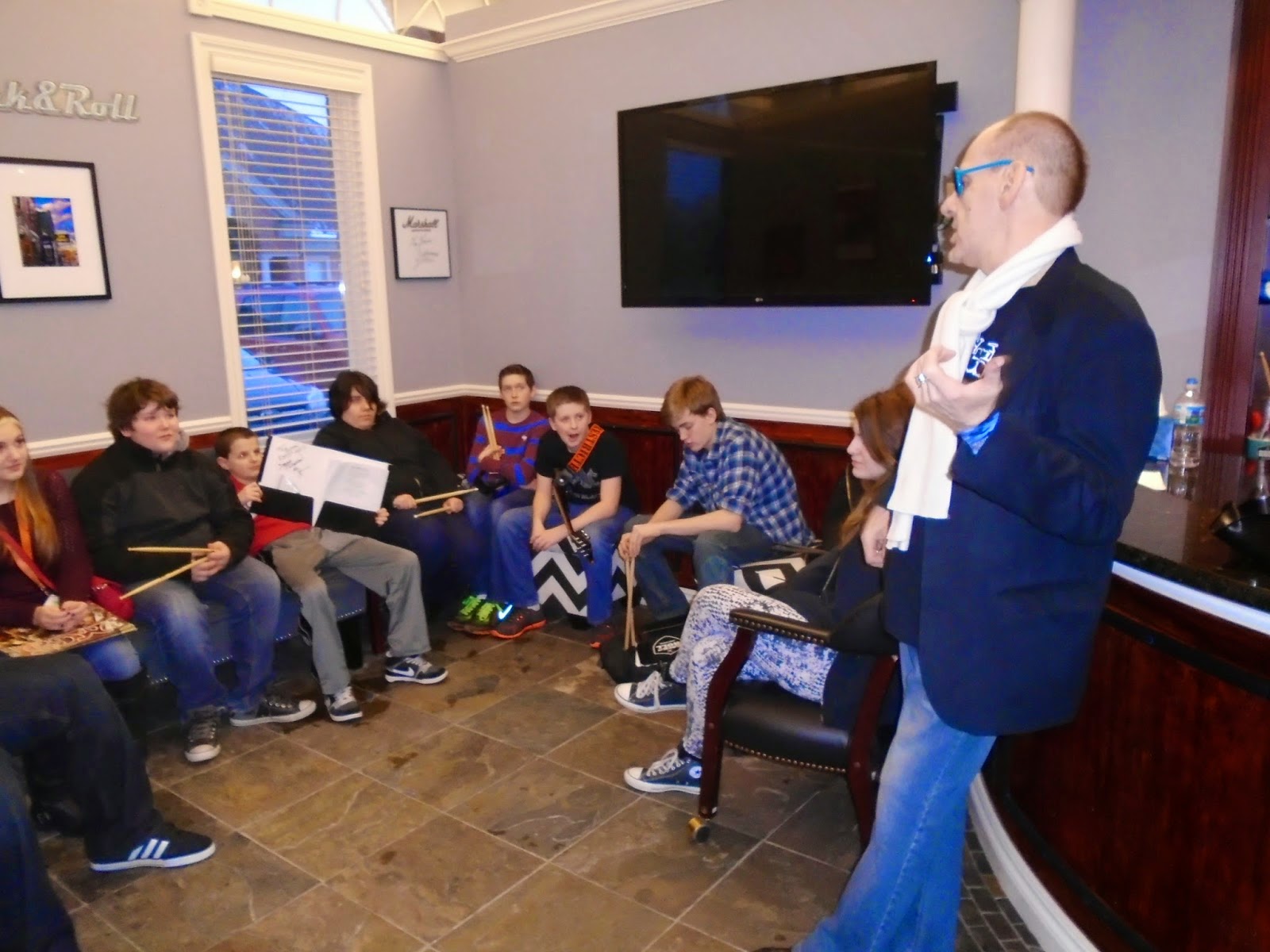 When we arrived I was introduced to Joe Leone, and Meaghan DeGrave, the brains behind this extraordinary concept. Ya gotta love it. 8 year olds to 15 year old's learning to play ROCK. This is 21st century action here folks, most def. 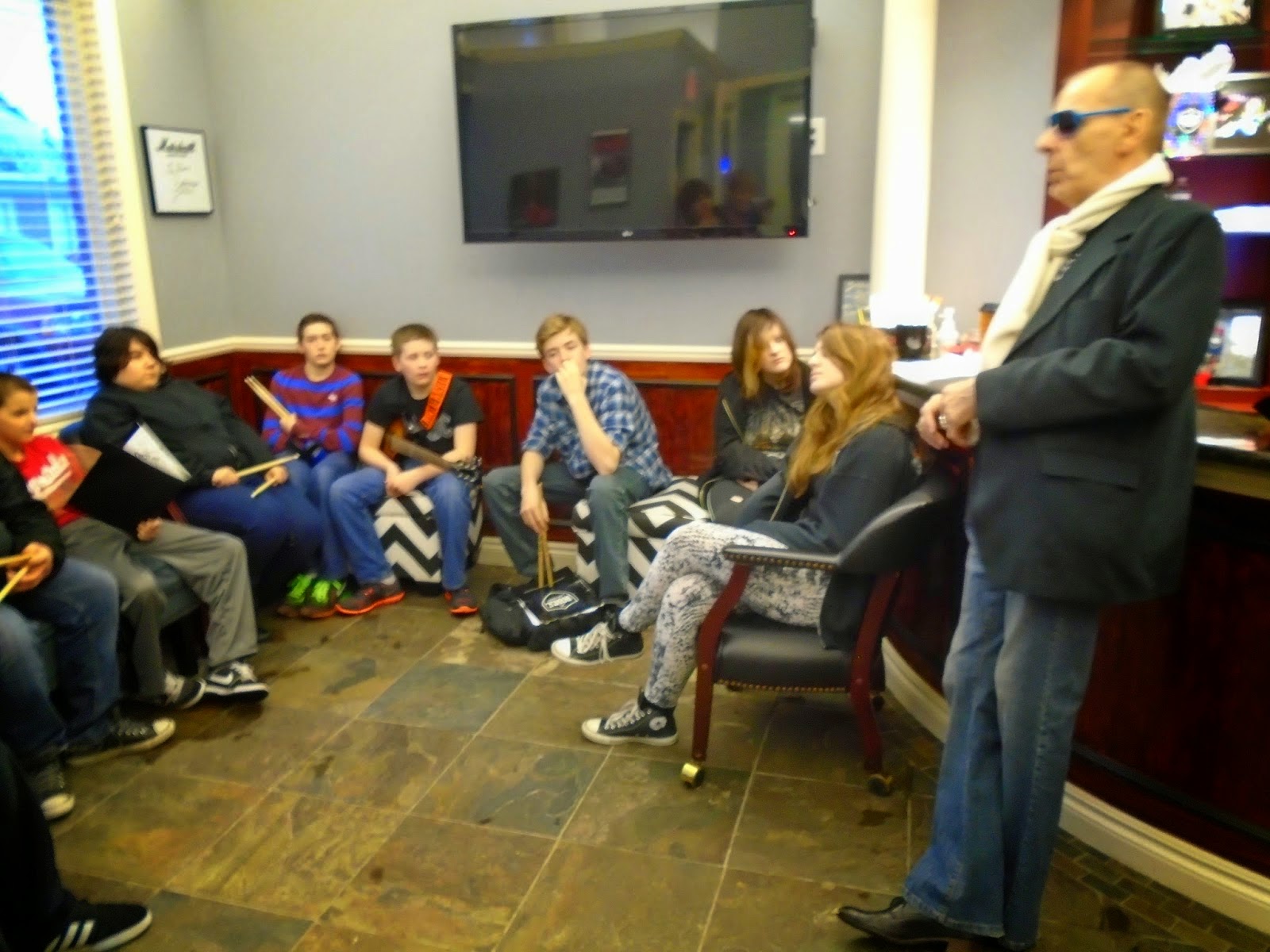 Firstly, I was introduced to each young musician one at a time. Ton's of good clean energy, just the way I like it. Kim was all over the place directing the activity flow via photos and video.

After signing some drumsticks et al, Joe asked me to give a short tutorial on music and its potent value in the development of the creative nature/nurture principles for young adults. Naturally I jumped at the chance. Film clip is below...


The Rockers program (6th-12th grade) was playing a tribute to high voltage rock that night. They rehearse once a week for a show at the end of the semester. I was asked to sit in with the Rockers.

They played me an AC/DC tune, then a version of Kick Out The Jams. Tres cool indeed. This is Detroit man, not LA, and the kids belted out a cool version of KOTJ, PG rated of course... Although I felt the undertones of a group desire to shout the original MC5 version of this anthem. Hhmmm...Touchy subject that. 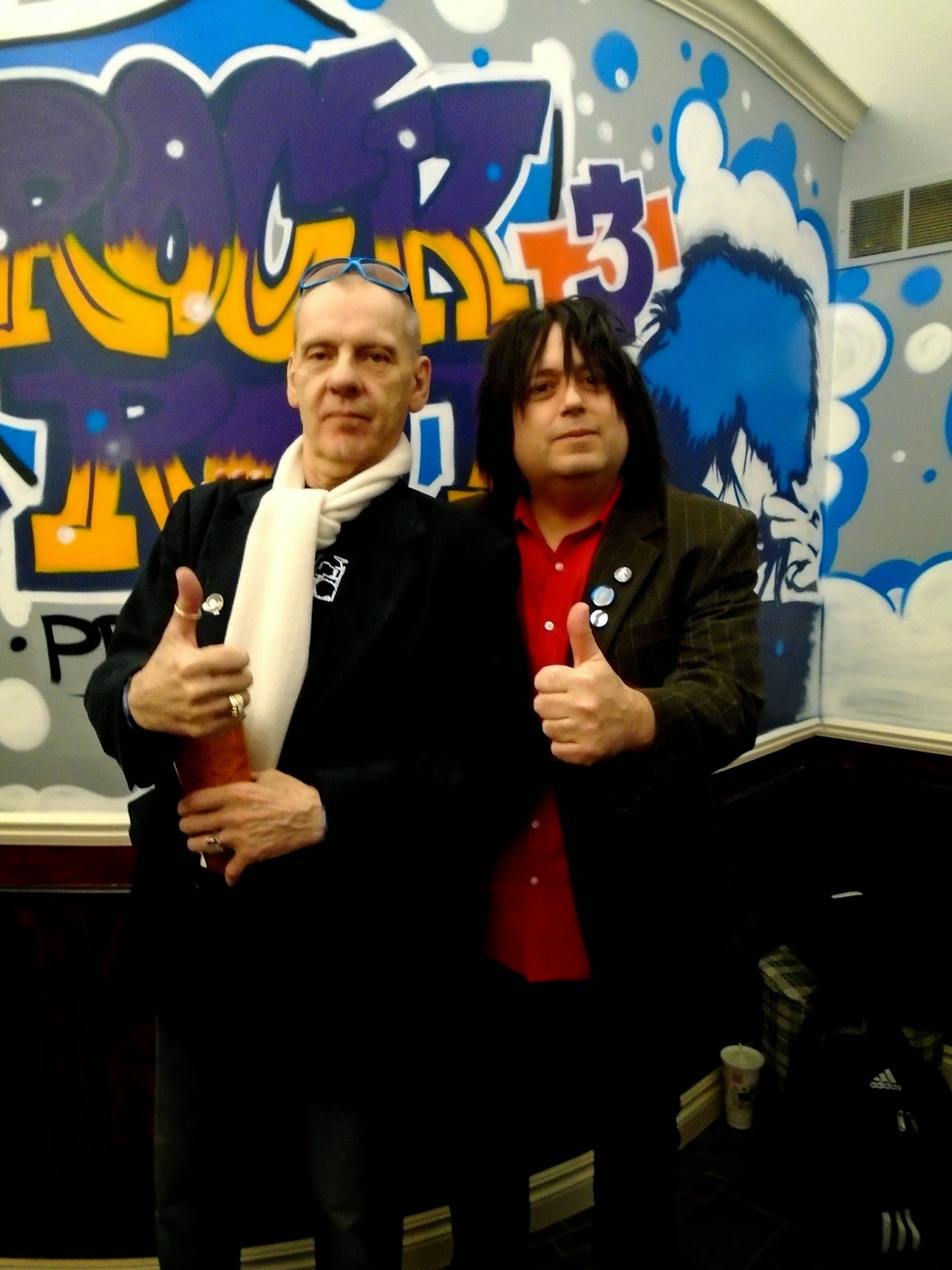 There were more drummers there than guitar or bass players which was fine by me. Nothing like being hugged by a mob of young drummers! I had to hold back a tear of joy as this was entirely off the chart in the special feeling department.

I sat in on a version of KOTJ. I had noticed a tad of confusion on the refrain in their first performance and I should have taken a minute to rehearse it and tighten it up, but as Kim mentioned to me later that my job was to simply lend my high energy by simply playing the tune as they played it. So I gave about a half voltage performance mainly playing the pocket. Came out just fine me droogs, just fine. 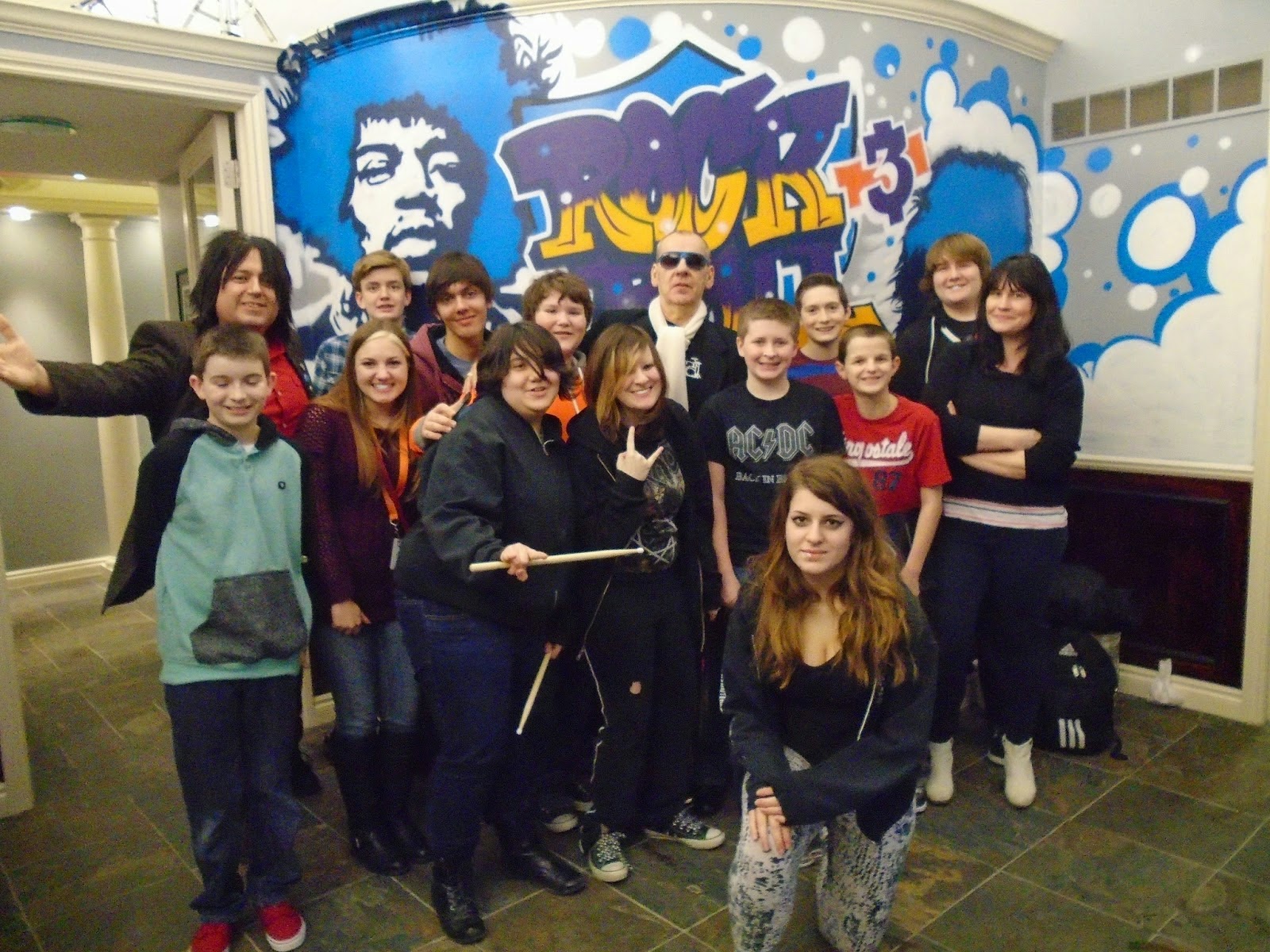