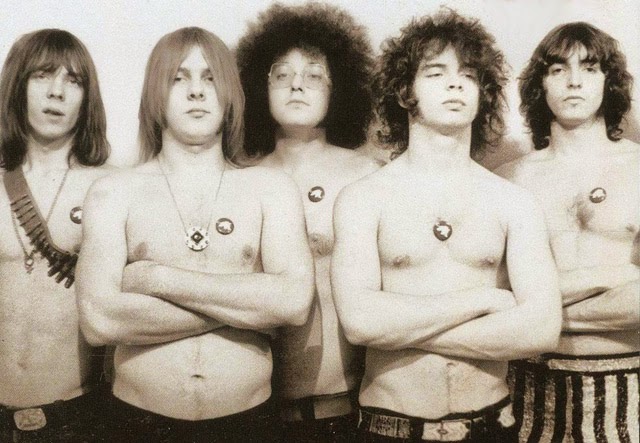 It was the birth of punk rock, the death of the Summer Of Love, and the beginning of the end of the public’s tolerance for the Vietnam War. Recorded live at Detroit’s Grande Ballroom, the MC5’s seminal 1969 release Kick Out The Jams stands as one of the most ferocious and confrontational debut albums of all time.

Legends in the Motor City long before they had a recording contract, the MC5 was virtually the house band at the Grande Ballroom, where, as an opening act, they blew away a long series of unfortunate headliners with a politically charged stage act that teetered on the edge of anarchy every single night. Hotshot producer Jac Holzman signed the MC5 to Elektra Records in 1968 based entirely on the raw power of their live show, and subsequently asked the band to record their debut album at the Grande on Halloween weekend of that same year in an attempt to capture the awesome spectacle on vinyl.

Drummer Dennis Thompson was only 18 at the time, and remembers Holzman promising that they would get a second chance to record the album in a proper studio if the live recording didn’t live up to the band’s expectations. “Hmmm … first lie from the corporate system,” Thompson sneers. “We heard it and we said, ’We can do better than this. We want to do it again.’ A little bit of time lapsed and the decision came down: ’No, this will suffice.’ READ FULL INTERVIEW HERE