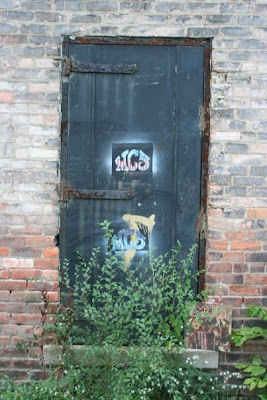 Okay. I had some fun with distraction and philosophy. I needed to get that off my chest. Now it’s time to get back to what’s new in the MGT workshop.

We are about to embark on the journey of my heart’s fondest desire. Speaking engagements. Lectures with Q & A’s after. We are right now tooling up to get this adventure road ready.

Also, December 18 MGT will be hosting a show at the Blind Pig in A2 with Deniz Tek, Scott Morgan and myself onstage live together for a set of some blastin’ tunes. Hard working Chris Jukebox Taylor of Mazinga is busy putting this gig together. C’mon down! Get your tickets in advance as this once in a lifetime show will no doubt sell out! If you want to know more send your emails to Kimmer at retrokimmer@gmail.com

Also, I just missed a chance to ride in Troy Sanborn's (Troy's Auto Lansing) funny car at Milan Dragway last week. They had to cancel the meet. That would’ve been to over the moon fun. 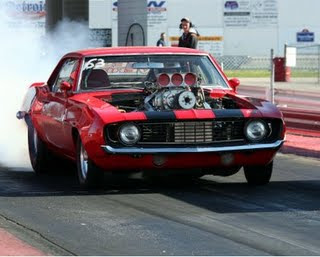 Anyhoo, I would dearly love to come to your town and speak at a high school, college, and/or any other venue that would be so kind as to invite us. This is big, big fun. Especially the Question & Answer half of the show. People in the audience have a ball asking me any question under the sun. Taboo questions allowed mind you.

If any of you out there happen to be in a position to get us in contact with any group that would like to employ us for two hours, we will field all offers. This train leaves the station in about a month or so. What do we bring to the stage? You name it. Clowns, animals, people on stilts, fire-breathers, dancing bears, nude women… just kidding :p

What will I lecture about? Mainly about how music from the 60’s and early 70’s (mainly MC5 Music) affected and totally changed the landscape of American History and political thought. I’ll touch on a wee bit of politics, some history, some fun anecdotes. Not to mention the MGT brand of self-realization ideas and career enhancement concepts. Basically a learning experience in a fun way. Followed by an always intriguing Q & A. Hope to see ya soon!

Here’s a funny story for you.. Back in 1967 the MC5 were playing down South for the first time ya’ll. This was way before our rebel brothers were wearing long hair and listening to Skynyrd. They were pretty much way behind the rest of the states in the R n’R music and long hair department. (Snicker)

Well, we kept getting stopped by the local good ol’ boys because there were these 6 guys riding in a rent-a-car with incredibly long hair and the car’s interior in this dense gray-blue fog. This did get tiresome. So we figured out a way to confuse these cops alright. 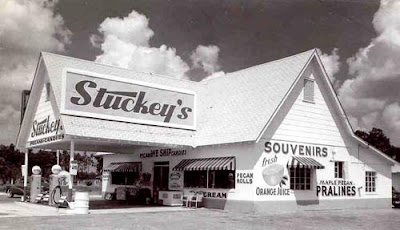 We stopped at the next Stuckey’s and bought six 10 gallon cowboy hats. That’ll fool ‘em we thought. Idiots were we. What could be more out of sorts on the highway than six (supposed) cowboys all wearing these ridiculous tall hats in a rent-a-car?
Well about twenty or so miles down the highway one of the speed trap yokel cops pulled us over in Alabama and these guys were literally rolling on the ground when they asked us to kindly remove our hats and present our I.D. We must’ve been quite the site for these tobacco munchers. 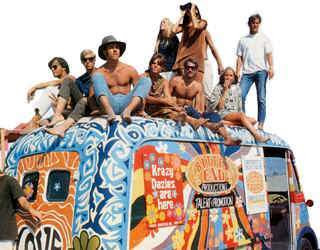 Not only were they unfriendly towards yanks in general, but to them we were six damn yankee hippies with hair down to our shoulders and a car reeking of pot. We ditched the evidence the hard way (ate it) and after they stopped laughing they told us that our “disguise” was as obvious as the day is long. We had a hell of a time not laughing out loud at them either. The pot was pretty damn good.

They thought we were so pitiful they waived writing us up for speeding, but they should have written us up for “stupidity.” Oh well, what’s a bunch of foreigner’s supposed to do? Live and learn. Hey Rob, make a note will ya? How about an we rent an enclosed cargo van the next time we tour the South? Duh…