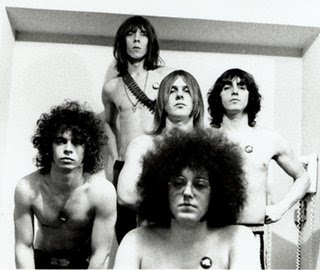 The 1960’s were full of protest singers. Folk singers injected their music with political undertones, and people through concerts under the premise that music can change the world. MC5, a band out of the Motor City, or Detroit, threw their political angst at the crowd with a fierceness that was not matched at the time.

Dennis Thompson, the drummer of MC5, carried the heavy sound of the band on his back, and played with such force and such speed that he gained the name, machine gun, or more aptly, Dennis, the tommy gun, Thompson. Thompson’s style of play was a precursor to the punk, and heavy metal drummers that would follow him.

MC5 were destined for great things since the beginning. Their high energy shows quickly gave them a growing fan base, and they even appeared on the cover of Rolling Stone Magazine, before their debut album was released. The band also, however, was tied to several radical parties from their beginnings. They were associated with the Black Panthers, Marxists, the radical group, UAW/MF. MC5 also helped create the White Panther Party.


The bands debut album, Kicking Out The Jams, was very highly acclaimed. One thing that made the record very interesting, was that it was a live album, something that is very rare for a debut album. The record is listed at 294 of the greatest albums of all time by Rolling Stone.

Their next two albums Back In The USA, and High Time, would show a slowing in sales. After the release of High Times, their most critically acclaimed album, didn’t show enough sales, the band was dropped from their label, Atlantic Records, and soon after the band dismembered.
Dennis Thompson quickly found his place among super groups that were formed in the 70’s. He played in The New Order, which consisted of three members of The Stooges.

The short lived MC5 had a lasting impression on rock and roll. Bands today still cover their songs, and the heavy playing of Dennis Johnson can be heard in almost all punk and metal drummers. Their songs have been covered by Rage Against The Machine, Jeff Buckley, The Presidents of the United States of America, Blue Oyster Cult, Pearl Jam and many others.


In 2003, Dennis Thompson, joined the remaining members of MC5 for a reunion tour. The band was supported by many guest artists. Denis Thompson was never again able to capture the fame he had in the few brief years he was with MC5, but his mark on Rock music is forever lasting.