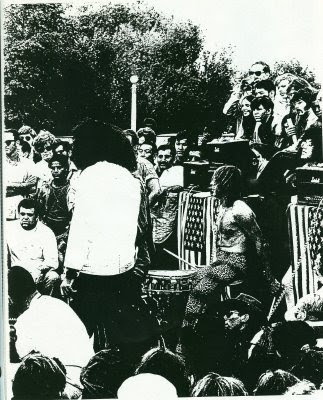 My mother used to sing on the radio until she got bronchitis. My father back in the '30's played the upright bass in a Slovak band when he was courting my mother- these young drunken Bohemian Slovaks playing traditional music. It was like rock and roll for my dad. It was pretty safe in Detroit back then though.

I started playing drums when I was four. When I was 8 or 9, my family would get together- my brother would play guitar and my sister would play piano so we'd play together. My brother also had a rock and roll band, playing all those instrumental songs. You'd have four guitar players and no bass. They'd rehearse in the basement and leave the drums downstairs. So I'd go down there and play until Mom would say 'get off those drums Denny, those ain't yours!' Little did she know... To raise a son who plays the drums, you have to be a beautiful and insane parent. I was playing in bars when I was 13 with my brother, playing weddings when I was 10 just to make a buck and be playing. 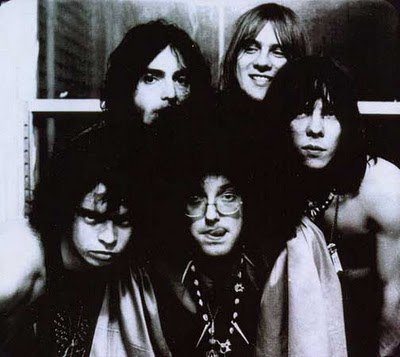 There were garage bands vis-a-vis the Motor City Five, The Amboy Dukes, Bob Seeger & the Last Heard, Mitch Ryder etc.. Sock hops, high school parties and dances. Really tame compared to the football games- that's where everyone got their ya-ya's out. The big names then were Duane Eddy, the Ventures, early Beach Boys, Motown, Stax, Otis Redding. The Beatle and the Stones were just starting to hit. The first English wave...

We met up in the ninth grade (1963) at Lincoln Park high school- a greaseball and jock school. Back in those days, you were one or the other. We were the black jackets and pointed shoes crowd. The MC5 actually played at my graduation in '66 at an all-night party. We did "Black To Comm", sorta way, way ahead of the time... 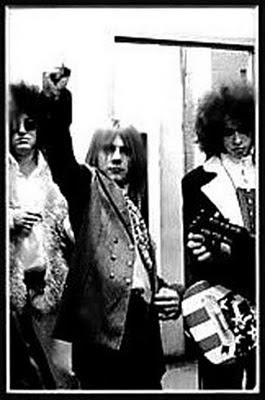 We were the weird guys, the outcasts. All different in our own ways. A couple of us were kicked out of school. Fred was expelled for just having long hair. We ran the gamut. That just solidified us and made us stronger. Our favorite bands were the Rolling Stones, the Who, the Yardbirds, Kinks, Paul Butterfield. 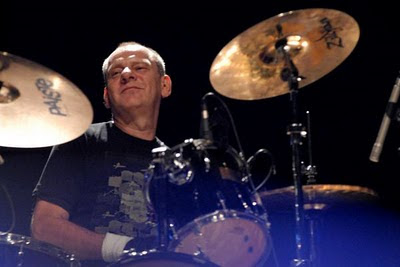 Before we met him, we were pretty much into playing rough and tough rock and roll. We didn't care about jazz, just about being the best rock and roll band we could be. We used to rehearse and practice a lot. We had an ethic and we wore our hair long and started to smoke a little pot. We were just trying to be really good players.

Right about the time we graduated from high school ('66/'67), we met Sinclair, the resident beatnik poet/philosopher at Wayne State University in Detroit. They used to have an Artists' Workshop with poetry and jazz. That's how we met John. Rob met him and struck up a conversation- they were both deep into jazz. It was a natural relationship that followed. So Rob brought us down to the Artists' Workshop where you had all these jazz bands doing stuff like Ornette Coleman, John Coltrane, Archie Shepp & Pharoah Sanders. 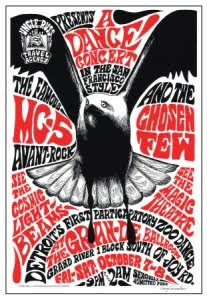 We came in there with "Black To Comm" at full volume. (laughs) It took a while but John Sinclair fell in love with us. All of a sudden, we went from high school heros who used to win all the Battles of the Bands to the audio vanguard of the artistic community at Wayne State University. 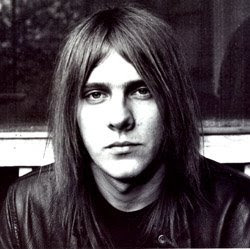 At the time, you had all sorts of other things happening. You had the riots in the streets here in Detroit. You had the womens' right movement and the minority movement. We're hooking up with this beatnik philosopher poet, being followed by the police already. The next thing that happens is that we meet Russ Gibb. He was a free thinking person and saw what was happening in San Francisco and New York. He took a chance and leased the Grande Ballroom. 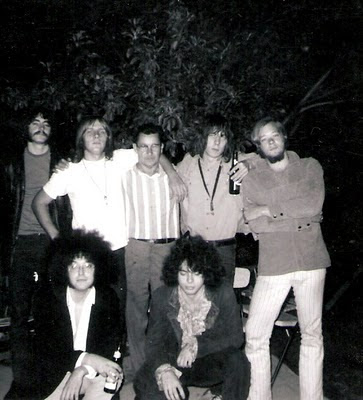