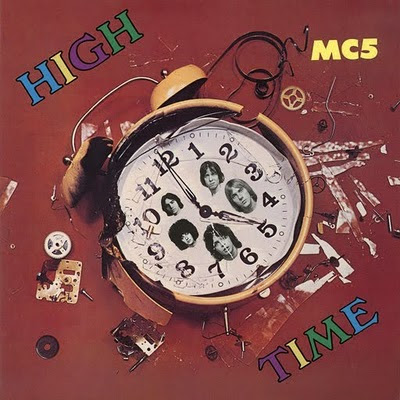 High Time was the third and final album released by the MC5; it was released in 1971.

MC5 were nearing the end of their long and bumpy trail when they cut High Time in 1971, and it was widely ignored upon initial release. While it lacks the flame-thrower energy and "off the man!" politics of Kick Out the Jams or the frantic pace and "AM Radio of the People" sound of Back in the USA, High Time sounds like MC5's relative equivalent to the Velvet Underground's Loaded, their last and most accessible album, but still highly idiosyncratic and full of well-written, solidly played tunes. Fred Smith's "Sister Anne" and "Skunk (Sonically Speaking)" bookend the album with a pair of smart, solidly performed hard rockers (bolstered by fine horn charts), and Wayne Kramer's "Poison" ranks with the best songs he brought to the band (he later revived it for his solo album The Hard Stuff).

For a group that was apparently on the verge of collapse, MC5 approach this material with no small amount of skill and enthusiasm, and Geoffrey Haslam's production gives the band a big, punchy sound that suits them better than the lean, trebly tone of Back in the USA. It's interesting to imagine what MC5's history might have been like if High Time had been their first or second album rather than their last; while less stridently political than their other work, musically it's as uncompromising as anything they ever put to wax and would have given them much greater opportunities to subvert America's youth if the kids had ever had the chance to hear it.