MC5: A HIGHLY CRITICAL FORK IN THE ROAD 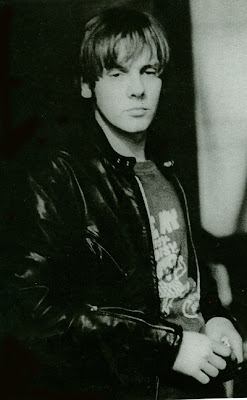 I am truly a lucky man, for I think I have been spared the fate of many a rock and roll “star”, that of a lifetime of resentful obscurity and pain, addiction, and for many, a sad and premature death, as many of my friends and contemporaries died at a very young and tender age. Life in the fast lane is exciting and glorious at its best, and brutal and destructive at its worst.

When I was in high school from 1963 through 1966, I maintained a 3.5 grade point average. I made the National Honor society in my junior and my senior year. My parents were very much like your parents. They knew of the value of a good education. Much more so, than myself, I now understand. I was young and full of energy and enthusiasm, thinking that I was immortal, and that I would live forever.

This is really quite normal for a teenager. My father was a toolmaker who worked two jobs for twenty years to save enough money to put me through college. He wanted a better life for me, like any good father wants for his children.


I enrolled at Wayne State University in the fall of 1966. I had not made up my mind yet about making music a full time career. I was truly torn up inside. I became the drummer of the MC5 in the fall of 1965 when Wayne Kramer came to my home in Lincoln Park on his motorcycle and asked me to play with his new band at the Crystal Bar, a seedy shot and beer joint on Michigan and Central in Detroit. When I graduated in the summer of ’66, my band the Five played at my all night party. That was a blast!

Well like I said, I attended WSU and chose Physics and chose engineering as my field of study, with a particular fascination with physics and astronomy. Turned eighteen that year in September and managed to complete the first year with a 3.0 average. Towards the end of my second year, I was living with the band above the artist’s workshop, doing my best to attend classes and rehearse and play gigs with the band. In my second year, this division of commitment caused my grades to suffer as I plummeted to getting C minuses and incompletes in my course studies.

I found myself at a highly critical fork in the road. The band issued an ultimatum to me, that if I did not quit college, I would have to quit the band. I knew as well as they, that no man can serve two masters without the both of them suffering. It was my time to testify, to put up or shut up, and to commit myself 100%, either to the band or to my continuing education.

I had to choose one or the other, and if you were to ask me if today I would have made the same choice I made then, I would honestly have to say yes, I probably would have. This was an agonizing decision for me, because I wasn’t ready to quit school at all. If I had chosen school, the MC5 would have gotten another drummer to replace me for sure.

The reason I am telling you this is, because to this very day, I am not exactly 100% sure I made the right choice. But this is my past, there is no changing it, I had to go through exactly everything I went through to be the man you see standing before you here and now.

Life is all about the choices we make, and the consequences we must embrace as a result of those choices. This is one of the first great lessons I learned being in the MC5. The decisions you make control your destiny. There is no one to blame. You always have a choice, an option.