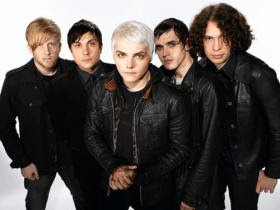 I thought this story is interesting for the fans to see.


Emo rockers My Chemical Romance have revealed that their new album is set to be influenced by groups such as The MC5 and The Stooges.

Far from the overnight success it was painted as, emo has deep roots in American punk. After the thrill of hardcore receded many groups found the genre stifling, and began writing about more personal topics.

As a result, the term 'emo-core' was coined. Taken from 'emotional hardcore' it basically meant punk groups who chose to sing about their ex-girlfriends rather than police oppression or how they might explode with anger at any given moment.

Hailing from Chicago, My Chemical Romance struck gold with their third album 'The Black Parade'. A lengthy concept album it drifted away from the band's punk roots with lavish production.

However on their forthcoming release the band could be set to turn up their amps again. Speaking to Rolling Stone magazine singer Gerard Way named The Stooges and The MC5 as reference points.

"We wanted to harness everything that's great about this band into shorter songs, almost protopunk, like The Stooges or the MC5," he said.

Touring the world with a lavish stage show after the success of 'The Black Parade' the singer admitted that the strain took its toll. "I thought the band was going to break up," the frontman revealed.

The first new material fans have heard is dark and paranoid new single 'Trans Am' with its lyrics: "These pigs are after me, after you".

My Chemical Romance are currently recording their fourth album with Brendan O'Brien which is due out in Spring 2010.