MC5/BACK IN THE USA RELEASED 43 YEARS AGO TODAY 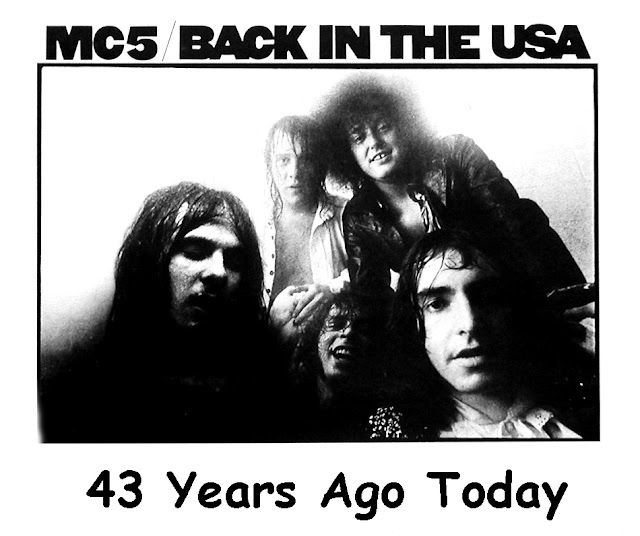 From All Things Music Plus

Back in the USA is the first studio album, and second album overall, by MC5. It reached #137 on the Billboard 200 Top LP's chart.

The central focus of the album is the band's actual movement away from the raw, thrashy sound pioneered and captured on their first release Kick Out the Jams. This was due in part to producer Jon Landau's distaste for the rough psychedelic rock movement, and his adoration for the straightforward rock & roll of the 1950s.

Since it was impossible to top the in-concert exuberance of their debut, Kick Out the Jams, the MC5 re-emerged with a more refined sound for their sophomore effort, 1970's Back in the USA, their first studio record. The music is comparable to other Detroit proto-punk rockers of the same era (the Stooges, Alice Cooper, etc.).

As with the aforementioned peers, raw garage rock serves as the main ingredient for most of Back in the USA. Producer Jon Landau may have lessened the volatility of the MC5 as compared to JAMS, but the band was equipped with another great set of songs. 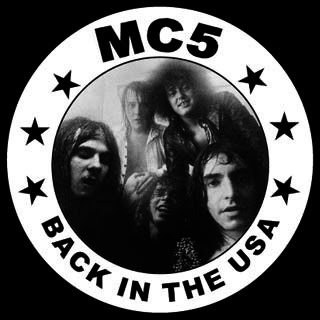 Two covers bookend Back in the USA - an uptempo reading of Little Richard's rock & roll standard "Tutti Frutti" kicks things off in fine fashion, while the album-closing title track was originally done by Chuck Berry. The original material ranges from the abstract "The Human Being Lawnmower" to the heartfelt soul ballad "Let Me Try," a surprise highlight.

Nervy, high-octane rockers bristling with pure adolescent energy--"Teenage Lust" and "Call Me Animal," among them--balance politically charged tracks like "The American Ruse." Back in the USA may have been the MC5's most conventional album, but it is still an endlessly listenable rock & roll classic. Chuck Berry meets Detroit anarchist punk, and the result is one of the great rock 'n' roll albums of all time!