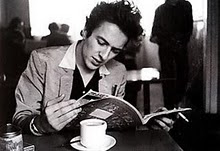 Dave is the host of the Revolution Rock radio program on CJAM 99.1 FM and an avid music fan. Download links to my show are provided by the the CJAM website and can be found at the bottom of each play list on this blog. 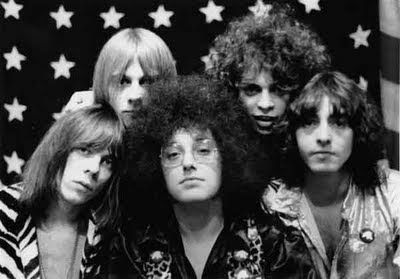 In 1964, The MC5 formed in Lincoln Park, Michigan. Short for "Motor City Five", the band consisted of Rob Tyner on vocals, Pat Burrows on Bass, Bob Gaspar on drums, and Wayne Kramer and Fred "Sonic" Smith on guitar. By 1965, MC5 had been experimenting with their sound and Pat Burrows and Bob Gaspar left the group. They would be replaced by Michael Davis on bass and Dennis Thompson on drums. This line up of the band can be seen as the classic line up of The MC5. Their music was influenced by Chuck Berry, Dick Dale, The Ventures, R&B and Soul music, and Free Jazz. They would also be influenced by bands such as Rolling Stones, The Who, Little Richard, Sun Ra and John Coltrane. They built up a following by securing a residency at the Grande Ballroom in Detroit. Soon they had audiences of 1000 plus, showing up their live shows, which were often radical and chaotic.

1967 saw the release of the MC5 single "I Can Only Give You Everything". It was also around this time that they acquired band manager John Sinclair. Sinclair was a previously a teacher, but soon became known for his political views and radical protests. His views were applied to The MC5's music and this would be evident on their first full length album, Kick Out The Jams. The album would be released through Elektra records. The band was signed by Danny Fields (who would also sign The Stooges). 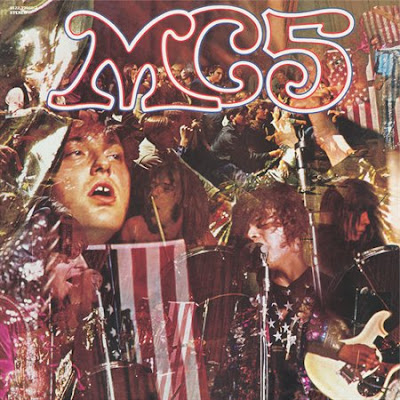 Released in 1969, Kick Out The Jams was a live album. It was recorded on October 30th and 31st of 1968 at the Grande Ballroom in Detroit. The album is a live assault from beginning to end. It contains Proto-Punk classics such as "Kick Out The Jams", "Motor City is Burning", and "Rocket Reducer No. 62 (Rama Lama Fa Fa Fa). It also contained "Ramblin' Rose" a cover song and several other MC5 original compositions. The album also drew in some controversy from the bands record company due to the fact that Rob Tyner shouts "Kick Out The Jams Mother Fuckers!" before the song "Kick Out The Jams". This caused the record company to issue a censored version where the words "Brothers and Sisters" are used instead. This was rumoured to be done without the bands knowing. Despite this fact, the album went to #30 Billboard Charts, but this would be the bands last release on Elektra. They would be dropped shortly after. 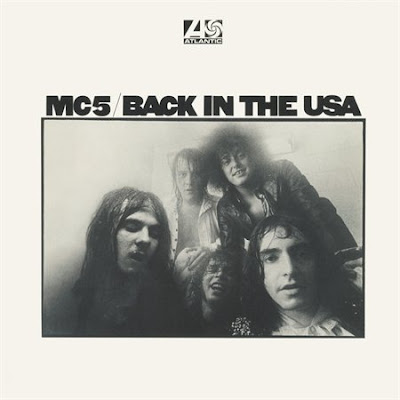 Next the band signed to Atlantic Records. With Sinclair no longer being the bands manager, MC5's music displayed a new kind of energy. Their next album Back In The USA, was released in 1970. Produced by John Landau (who would later be known for his work with Bruce Springsteen), the sound and production of the album would be different than the bands previous efforts. The band and some fans stated their dislike for the album upon its original release, but fans of the band have since come to like the album. The album did not do as well as the bands first, it would reach #137 on the Billboard album charts. The album is sandwiched between two cover songs. It starts off with a cover of Little Richard's "Tutti Frutti" and ends with the song "Back In The USA" by Chuck Berry. In between there are nine MC5 original compositions. Songs such as "Shaking Street", "Looking At You", "High School", "The American Ruse" and "Tonight" all show off the bands energy and love of music. It is pure Rock and Roll. 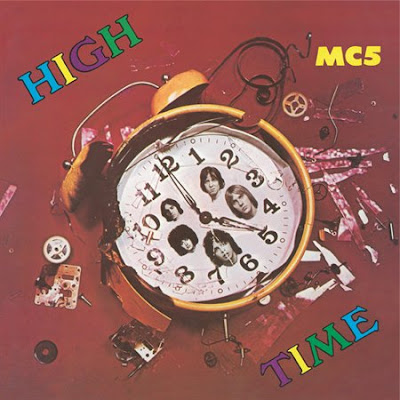 The bands third and final album High Time was released in 1971. The eight track album featured songs such as "Sister Anne", "Baby Won't Ya", "Over and Over", "Gotta Keep Movin'" and "Poison". The band was much happier with the production style of this album and experimentation took the bands rock style to the next level. Songs such as "Future/Now" and "Skunk (Sonically Speaking)" are good examples of this. Since Back In The USA and High Time did not sell well, Atlantic Records dropped the band from the label. In February of 1972, bassist Michael Davis left the MC5, he was replaced by Steve Moorhouse. The band did one final recording session in London, recording three songs "Inside Out", Train Music" and "Gold". These songs were made for the soundtrack to a film titled Gold. After a New Years Eve concert at the Grande Ballroom in Detroit in 1972/73, The MC5 split up.

Following the bands break up, several of the bands members were involved with different music projects. Fred "Sonic" Smith formed the Sonic Rendezvous Band. They only released one single "City Slang", although now there are numerous other songs from the band available. Fred Smith also married musician Patti Smith in 1980 and retired from music. On November 4th, 1994 Fred Smith passed away following a heart attack. Wayne Kramer returned to music in 1995 with the album The Hard Stuff and has since released numerous other interesting solo albums. Rob Tyner produced several bands and recleased several solo albums as well. In 1991, Rob Tyner (real name Rob Derminer) passed away following heart failure.

During the bands absence from playing live and releasing music, The MC5 had a large influence on music going onto influence the likes of 70s Punk music and numerous other Rock music groups. In 2003, Wayne Kramer, Dennis Thompson, and Michael Davis reformed The MC5 for a live show in London. Nicke Andersen (of The Hellacopters) filled in for Fred Smith on guitar, and the vocals were covered by Dave Vanian (of The Damned), Ian Astbury (of The Cult), and Lemmy Kilminster of Motorhead. In 2004, the band changed their name to DKT/MC5 and went on a world tour. This time the band included several other guest musicians such as Mark Arm (of Mudhoney) and Evan Dando of The Lemonheads. Starting in February of 2005, Handsome Dick Manitoba (of The Dictators) has been singing with the group. 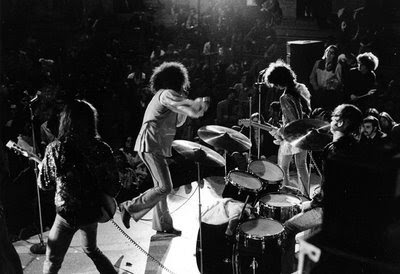 Despite the fact that the MC5 only had 3 albums, The MC5 have several bootlegs out there. There are recordings of live shows, demos, and studio work. In 2004 a box set titled Purity Accuracy was released compiling band rehearsals, demos, and live recordings. There was also a greatest hits compilation released in 2000, titled The Big Bang!: Best of the MC5. In 2002, a documentary of The MC5 was made titled MC5: A True Testimonial, which is highly recommended.