MC5 KICK OUT THE JAMS HISTORY 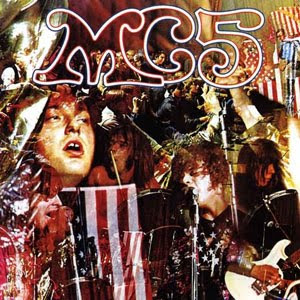 The MC5’s debut release was a live album. How absolutely brilliant.

Seriously, how much studio time has been wasted attempting to capture a young band’s “live sound”? How many debut albums sound staid and boring when concert recordings made by the same exact group sound exciting? How many times have fans said, “Yeah, the studio version is OK, but the live version is amazing”?

Having spent a few years honing their live show in their home turf of Detroit, the MC5 were a proven touring success with a rabid following when Elektra Records’ Danny Fields came to the Motor City to see them in September of 1968. Signed to a record contract by Fields, the band had no reason to waste time. They had the songs, they knew their way around a stage and Elektra executives had the wisdom to understand that the MC5’s explosive sound might be compromised in the studio.


Kick Out the Jams was recorded right away on October 30 and 31 at Detroit’s Grande Ballroom. Although Elektra didn’t want to temper the MC5’s live energy, it’s likely that they had no idea how wild (and in one instance, profane) the recordings would be. To their credit, they released the album in February of 1969, after which it hit #30 on the Billboard album charts. To this day, it might stand as the most unbridled rock and roll record to ever climb that high. 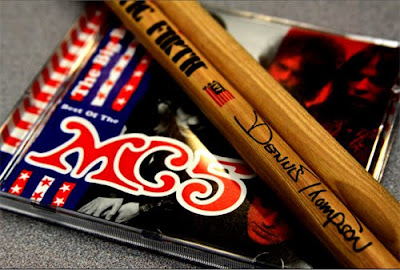 But Kick Out the Jams’ legacy isn’t tied to mere chart success. The eight songs contained on the album introduced a new sound. If the MC5’s politics were radical (what with being managed by John Sinclair and having ties to the White Panther Party), their music was way beyond that. Combining sweaty R&B, avant-garde jazz and garage rock into a unique brand of rocket fuel, the band took Mitch Ryder’s rock ’n’ soul to a new universe. No one knew it at the time, and certainly no one called it that, but the MC5 were creating punk rock. 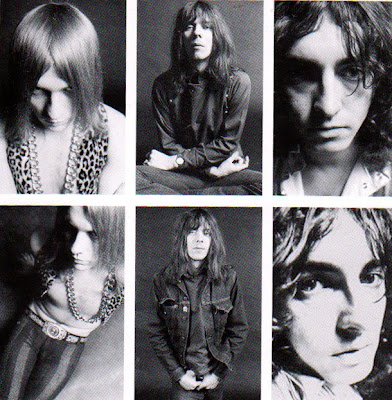 Dennis Fred Michael The Ramones might be punk’s godfathers, but the MC5 are punk’s forefathers, introducing all of the hallmarks of the genre: brain-crushing tempos, loud guitars, an outrageous frontman and noise, noise, noise. If Wayne Kramer and Fred “Sonic” Smith were better technical guitarists than most of the later punk players (they were devotees of John Coltrane, after all), they worked in atonal squeals and chugging rhythms that would become punk’s intense aesthetic. These guys were taking giant steps at a furious pace. 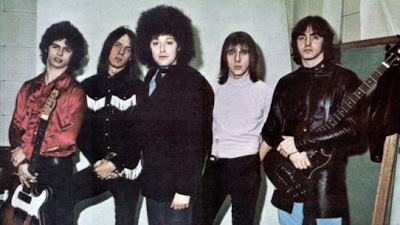 Smith and Kramer pack more power than a Smith & Wesson, blasting through opening track “Ramblin’ Rose” – on which Kramer takes lead vocals, delivering a shrill falsetto. What used to be an R&B ditty by Ted Taylor becomes a muscular freak-out, steeped in psychedelic blues. 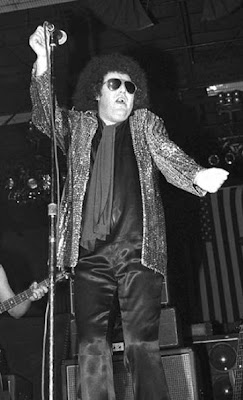 Rob Tyner, a blustery bowling ball of a frontman, handles vocal duties for the rest of the album, adding his soulful shout to songs like the MC5 original “Come Together” and John Lee Hooker’s “Motor City is Burning.” Despite the fact that we can’t witness Tyner’s super-sized stature or gold lamé outfit (a costume so loud, you can almost hear it) the singer’s righteous presence rings true throughout Kick Out the Jams, commanding your attention like a punky, white-boy preacher.

By song’s end, the guitar duo have lifted themselves from the muck – they simultaneously solo, and weave together a rain shower of supple notes and siren-y screming that has almost no connection to the song, other than as sweet release. The absolutely perfect moment on Kick Out the Jams is the legendary title track – often imitated but never duplicated. Interpreted as a clarion call to revolution (as in getting rid of unwanted restrictions), the song was actually written in response to other bands’ long-winded jams. “Kick Out the Jams” wasn’t a political statement. It was MC5’s manifesto for their music – “Hot, quick and tight,” as Tyner screams in the song. In one sense, it’s a throwback to early Chuck Berry tunes, many of which were simply about rock and roll. On the other hand, it’s very forward-looking, calling for the end of samey, ’60s music and the start of something more exciting.

Although the MC5’s rebellion wouldn’t take hold for years to come, “Kick Out the Jams” remains a thrilling crystallization of their musical vision. From the song’s ragged fanfare and insane drive to Kramer’s goes-where-it-wants-to solo, this is as good as it gets in rock and roll. Just like those many of those old Chuck Berry classics, “Kick Out the Jams” is a statement of identity, of purpose. “Let me be who I am,” Tyner howls, “and let me kick out the jams.”

Of course, not everyone wanted the MC5 to be who they were. The profanity on the album (and printed on the original sleeve) led to controversy with Elektra and retail outlets. Before long, the band were dropped from the label. The group switched to Atlantic, and fizzled out after two albums – neither of which achieved the success (commercial or artistic) of Kick Out the Jams. To this day, it remains a wild and wildly influential album – something so out of step with the hippie heyday that the MC5 sound like absolute geniuses. No one’s ever made a debut album anything like it. MC5, Kick Out the Jams (1969) 1. “Ramblin’ Rose” 2. “Kick Out the Jams” 3. “Come Together” 4. “Rocket Reducer No. 62 (Rama Lama Fa Fa Fa)” 5. “Borderline” 6. “Motor City is Burning” 7. “I Want You Right Now” 8. “Starship”