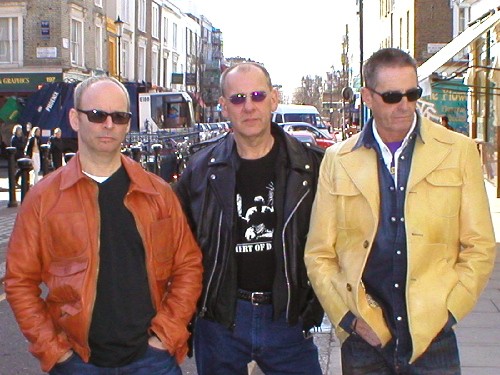 The reformation of the remaining three members of the MC5 almost never happened. We never get to do things the easy way. Not all the time, but a lot. Too much darn drama. I have learned to accept this over the years. But I feel no need to put my readers and friends through the dirty laundry. That basket is filled up to the brim. Even now, at this very moment. I will write on this down the road. It is over the top, but interesting. 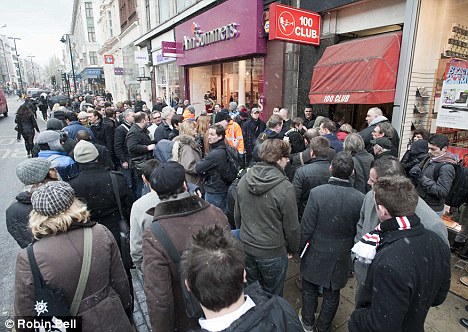 The 100 Club. Home to the Sex Pistols, The Clash, and hundreds more great British local and world renowned groups. This is the coolest place to play in all of London.

March, 2003, I get a call from a Mr. Alec Samway. He is working on behalf of the Levi-Strauss clothing empire. Would the remaining three of us like to get together and play a one-off gig together in London? I say SURE! 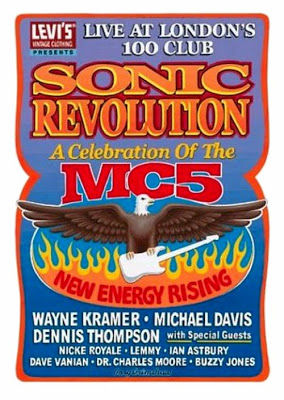 Alec asks me to get him in touch with Michael Davis. I have been waiting for a call like this for 37 years. The call to play with my soul brothers again. Yes! I am immediately on the phone asking Mike if he wants to get on the bandwagon. He says yes too.

One thing led to another and we finally wind up with a show booked at the infamous 100 club in London. We have been selected to represent Levi’s Vintage line of clothing.
The idea was what type of band could best represent the music of the past, the present, and the future as referenced to the Levi clothing line. Who else? The MC5…We became the poster men for the Vintage line for 2003.

Wayne Kramer and his wife did the development of this arrangement. They secured the rights for us to film a DVD release in the future, obtain 4 star hotel rooms for 10 days, a great rehearsal studio, and a thousand interviews, what a Godsend! Way to go Wayne and Margaret! 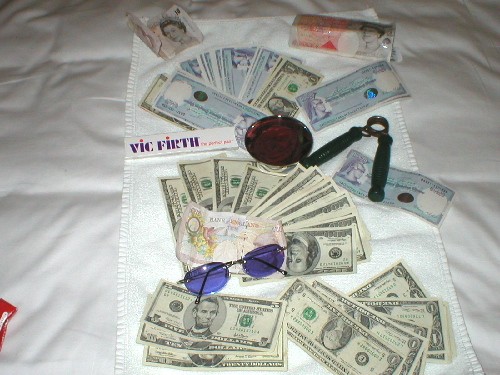 We (DKT/MC5) rehearsed in Los Angeles first. Then we rehearsed in England with Nikki Royale of the Hellacopters fame, and bad assed Lemmy from Motorhead, Dave Vanian from The Damned and Dr. Charles Moore, horn section leader and trumpet, and Buzzy Jones, tenor and alto sax. Last but not least Ian Astbury lead singer for The Cult and The Doors.

Dr. Charles wrote musical charts for about 5-7 songs for the horn section then. Those charts became invaluable down the road when we added horn sections in various cities.

This is the order of songs on the DVD and not the real set list. We released the DVD some 6 months after the show entitled “Sonic Revolution—A Celebration of the MC5”.

The night of the show I went outside the club and the queue was two blocks long. Holy S**t! We gotta bring the heat tonight…

With all these musicals about old bands - Jersey Boys, Sunny Afternoon, Motown, Beautiful etc - in London and Broadway, do you ever wonder whether there might be an The MC5 musical on the horizon?