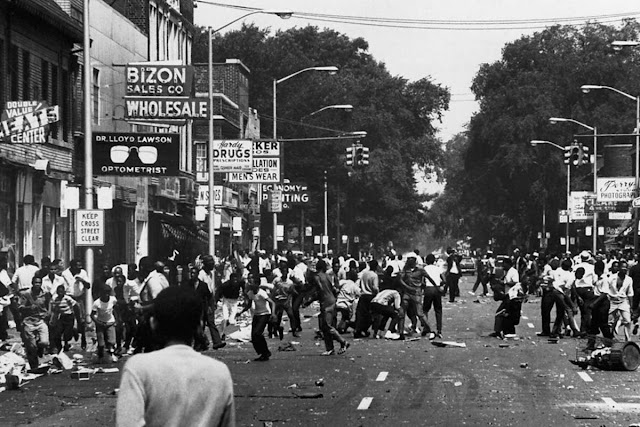 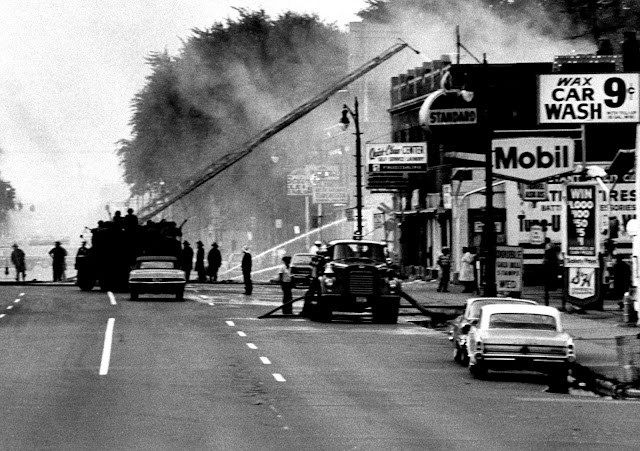 Scary tension. Hundreds of arrests were made and jail time for many. And an BIG EFFING TANK parked right across the street from the Artist’s Workshop, which doubled as the MC5 band house on the second floor. 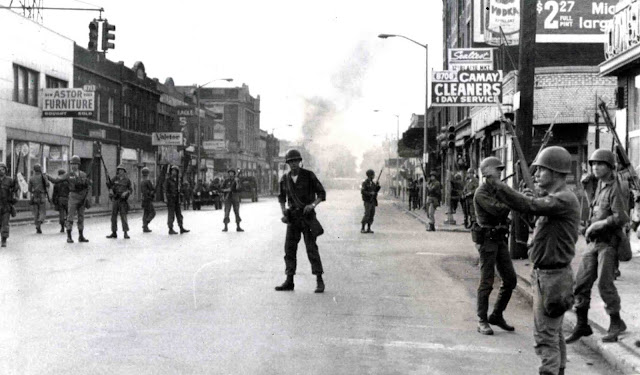 I escaped on the first day and holed up at my parent’s house in Lincoln Park. After all, it was safer to watch on TV then to get killed. Wasn't ready to die just yet. Still had work to do. After this maelstrom of hate and fear there wasn’t a doubt in my soul as to where I stood as a human being.

“Kick Out The Jams Motherf***ers!” Imagine looking out your bedroom window and having a tank pointing it's gun right at you! 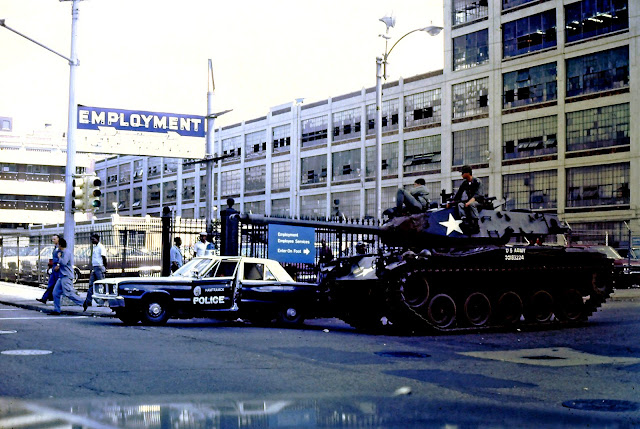 The 1967 Detroit riot, also known as the 1967 Detroit Rebellion or 12th Street riot was the bloodiest race riot in the "Long, hot summer of 1967". Composed mainly of confrontations between black people and police, it began in the early morning hours of Sunday July 23, 1967 in Detroit, Michigan.

The precipitating event was a police raid of an unlicensed, after-hours bar then known as a blind pig, on the city's Near West Side. It exploded into one of the deadliest and most destructive riots in American history, lasting five days and surpassing the violence and property destruction of Detroit's 1943 race riot 24 years earlier. READ MORE