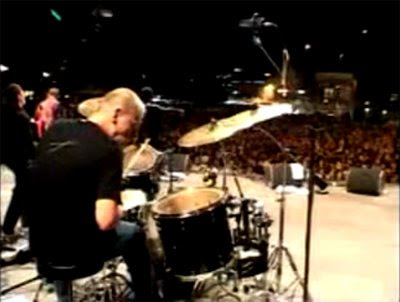 Can you remember the best time of your life? Try it. It is not the easiest thing to do. After a friend told me it would make a good post, I became obsessed with trying to think of what my best time was. This is what presented itself to me. DKT/MC5’s 2004 World Tour.

It took 38 years for me to finally get the chance to tour on the “Magic Bus”, a song that was popularized by the Who.

That summer of 2004 was the absolute greatest time of my life. Bar none. We toured for almost four months. It also beat the crap out of me, even though I trained at a gym for eight months prior to this assault.

First we toured the USA, starting with rehearsals and a show in Toronto, Canada. Then we drive off to Detroit, then Chicago, and maybe 20 plus something cities total. New York City was the most important. Mucho press, TV and radio to do there. Then on to Europe, Australia, and Japan.

I was 55 years old when we attempted this once seemingly impossible adventure of the three of us getting back together to play MC5 music again. This time everybody was sober. Wayne, Michael, and I rehearsed in Hollywood, LA for a week or two before this whole odyssey began. We had to use two singers to cover for Rob Tyner as he is one man that cannot be replaced by any one singer. 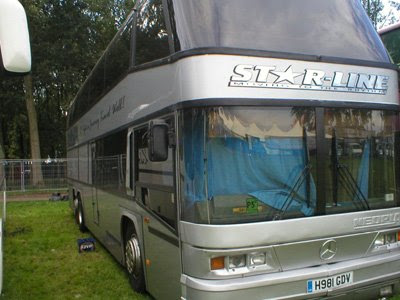 Very Special Thanks to all the very talented folks that came out to assist DKT:

Mark Arm sang lead from “Mudhoney”. They were Seattle’s 1990’s rock scene’s forefathers and still one of the best bands in the country. Evan Dando sang lead from the “Lemonheads” fame. Marshall Crenshaw played second rhythm and lead guitar. Dr. Charles Moore played the trumpet on many shows.

Buzzy Jones played the sax whenever the Doctor played with us. When we had the full troupe, there were eight of us on stage. What a band! I always wished to play in a large orchestra like Buddy Rich, or Gene Krupa, and that wish finally came true.

During media interviews we sometimes referred to ourselves as the “Traveling Repertory Rock N’ Roll Experiment.” Indeed this is what we were. I WAS IN HEAVEN FOLKS…

So many people all over the US, Europe, Australia, and Japan, sat in with us it was positively astounding!

Special thanks to Lemmy from “Motorhead”, and Dave Vanian from the “Damned”. I will write about more of our friends in part two.

I need to preface this amazing adventure with a little history from London, England circa 2003 first.

This all started with us doing a gig at the 100 Club in London in 2003. We partnered with the Levi-Strauss Company to help promote their vintage clothing line connection from rockers from our era (the 60’s and 70’s), through the 80’s and 90’s, the present day era, and off into the future.

Levi’s gave me 2 real cool leather jackets, a generous collection of Levi jeans and sweatshirts. Nice perks if you can get it. They put us up like royalty in one of London’s finest hotels. We were there for a total of ten days and rehearsed at least six or seven of those days for the one-off two hour show. 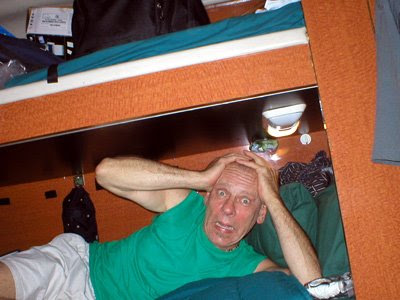 BACK TO THE MAGIC BUS…

We had a repertoire of maybe 35 songs which every guitarist that joined the group had to learn. This is a significantly daunting task, and hats off to guitarist and back up vocalist Marshall Crenshaw for his excellent work in phase one, the US tour.

More special thanks to Adam Pearson from “The Sisters of Mercy”, and Nicky Royale from the Hellacopters, Handsome Dick Manitoba from the “Dictators”, Lisa Kekaula from the “Bellrays”, and Peter Wolf from the “J. Geils Band”. Last but not least, “basitarist” Chris Ballew from the “Presidents”. All of these musicians and vocalists have toured or sat in with the DKT/MC5 band during the last six years.

Back to the bus. There is only one major rule everyone must adhere to religiously and that is “NO POOPING ON THE BUS!” Immodium AD became my best friend. No s**t….ha, ha, ha.

We had one bus for the US leg and two different buses for Europe. The drivers all have tons of great stories to tell me about the various celebrity tom-foolery they witnessed as they drove them criss-cross the planet. I wrote a journal chronicling the haps each day. There were only a few days off of work smattered here and there depending on the length of the drive.

The very first day of the tour, this beautiful double deck bus named the Provost pulls up to my house in the suburbs. I had to help the driver Pete navigate through the darn tree branches hanging overhead. We crunched a few and he was worried about the satellite dish mounted on top of the bus getting broken off the bus.

As the bus pulled up to my house to get me and my Taye drums, tens of neighbors start to come out of their homes to see what the big fuss was all about. Toby, my good friend across the street actually cried he was so happy for me. So did my Patrice. Touching to say the least. Man, I felt like a butterfly flying in the wind.

When you get on this particular bus the first thing you notice is how long and comfortable looking it is. This bus had the sleeping births on the bottom floor. There were 12 births. Six on a side. A lower and an upper like bunk-beds. They were about eight feet long, with a privacy draw curtain, and a little 9 inch TV by your feet. They actually were very comfortable.

You take circular steps to go upstairs, and there is a meeting room in the back with leather bench seats and a long table and another TV, and at the front there was an office set up and a huge window to look out forward from the bus. For about a week my equilibrium was thrown off and when you get off the bus after an eight hour drive, you are still swaying from side to side. Unnerving to say the least. 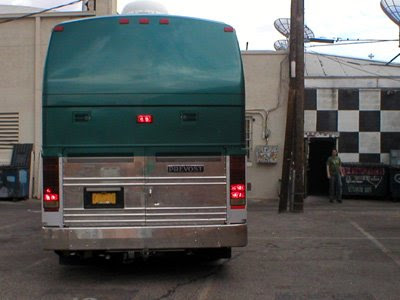 There is joyful camaraderie as old war stories are popping up during the many hours logged in driving from city to city. We must have hit at least twenty five cities during this leg. The hours are anything but normal and bus touring is not for the weak of heart or mind.

Our show-time was usually somewhere between 10:30 pm to 12:00 midnight. Two hours onstage, then a meet and greet to shake hands and sign albums, CD’s t-shirts and ticket stubs. This was a great deal of fun. We would meet many sets of families spanning three generations.

So now it is around 3:00 in the morning and the trouble was that you get so hyper from the adrenaline rush from being onstage that it would take hours to get to sleep. So you just fall asleep and the bus stops for fuel and you better get up and go to the potty at the gas station because the driver is on a schedule to get to the next destination, and you won’t get the chance to go again for four more hours.

The bus in this regard is definitely for the younger musicians out there. Not many older people are good at this time distortion. It’s a bitch. We read books, watch the countryside, and catch cat naps when we can. We make sure the coffee is plenty strong. I’ll write about the European leg in the near future. 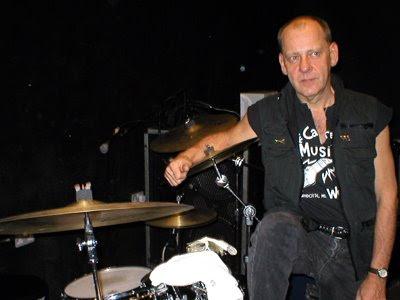