THE MAKING OF KICK OUT THE JAMS 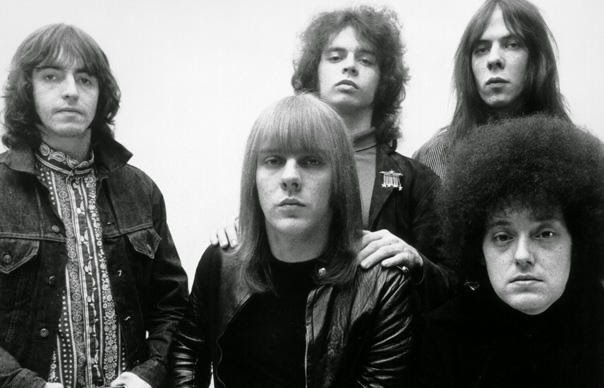 The song that gets us in trouble, because of that one word. Here’s a live band – with a live record – that’s being introduced with “fuck” in the liner notes, and “motherfucker” in the single, and yet it’s rising up in the charts on AM radio. The word is considered an obscenity. When we did it in public, the police had an excuse to harass us and throw us in jail. Some gigs we didn’t even go to because we heard the cops were waiting for us. The political right was horrified of us, the political left was never happy that we weren’t revolutionary enough. And the corporations were deathly afraid of us, because we were the real thing.

Did I play any differently that night we recorded “Kick Out The Jams?” Yeah, I played harder than I ever played in my life. I don’t know, it was so intense, like we’d been waiting for that moment to get recorded. We’d played so many places in the couple years prior, and worked at the Grande without much recognition at all. So inside my heart, it was like: “Ow, you know, finally this is it. Making a record, this is what we’ve been doing this for. This is what I dropped out of college for!” I think I broke 10 sticks each performance, at least. I had calluses on all of my fingers, and the forefingers of both hands and the index finger had blood blisters underneath them. They’d break open every time I played. And it was just raw.

I remember both nights were kickass. It was magical, because we knew we had something. I was taking a lot of LSD at the time, and smoking massive quantities of sacrament, as John [Sinclair, MC5 manager] would say. I played high onstage all the time. But it wasn’t the kind of a high like doing heroin or doing coke where you played too fast or it affected the physicality of the show. It was more mental.

But those two nights we just calmed down. We didn’t take the normal quantities that we would take. ‘Let’s just low-key it tonight’, so instead of smoking 15 joints we probably smoked 10. The energy was harnessed.