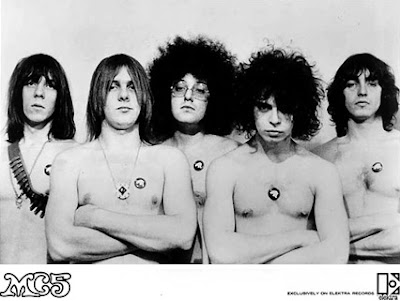 From Born a Ramblin Sam blog

By all rights, the MC5 should have been seminal heavy rockers in the same vein as Black Sabbath, Deep Purple, Led Zeppelin or any other hard rock bands that were far more famous, but when they arrived with the epochal Kick Out the Jams in 1969, their politics were too radical and their music too confrontational and heavy for the American mainstream. 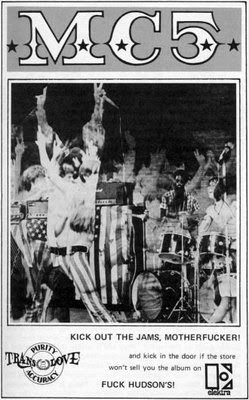 The title track of the album has seen radio airplay in a sanitized form and they were very much aligned with the contemporary radicalism of that era moreso than most other proto-punks, but the MC5 were willingly disassociated from mainstream rock ‘n’ roll, insistent on not compromising their message for melody or record sales.


Everyone from The Sex Pistols to Rage Against the Machine have shown considerable influence from Rob, Fred, Dennis, Wayne and Michael , meaning that these Motor City outcasts have their hands on pretty much everything heavy and underground in rock ‘n’ roll.