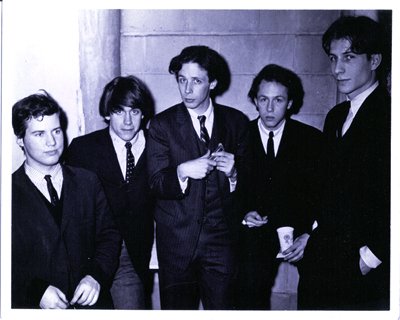 When I first got to A squared in the autumn of 1964 I quickly found like minded people in the basement of the Michigan Union (MUG), and some of us would drive into Detroit periodically to cop speed. It was at that time that I first visited the Artists Workshop and met John Sinclair, Leni, Pun, Dave Sinclair. It was all (mostly) about poetry and jazz then, and of course getting high on whatever was available.

After a while back in Ann Arbor I became good friends with Michael Erlewine and shortly thereafter he started the Prime Movers. As you know Iggy was the drummer. I don’t think you and I met except tangentially. Eventually the White Panthers (heh) moved to Hill Street and by then I was definitely an acid head. I met Panther White at that time and I tripped once with Jimmy Silver and his wife Susan, also smoked dope with various MC5 in the kitchen on Hill Street.

So were you from Detroit originally?(Lincoln Park actually) I could name a lot of Ann Arbor people (the names seem to be coming back to me lately a few at a time) but unless you were from there the names probably wouldn’t mean much to you. There are a few people I’d like to find out about.

Do you remember a “Homecoming” around 1970 (guessing) where the Stooges and MC5 played a concert in the Michigan Union Ballroom, Gary Snyder read his poems upstairs and Chogyam Trungpa gave a talk in another room? The Stooges were practically new at the time. And there was a lot of supposed psilocybin in capsules going around at the time.

I used to work at Red’s Rite Spot sometimes, whose “graduates” started the Fleetwood diner.

Any of this ringin any bells?

Thanks for the flashback Rick   MGT