LIFE LESSONS AND MC5: THE COVER OF ROLLING STONE 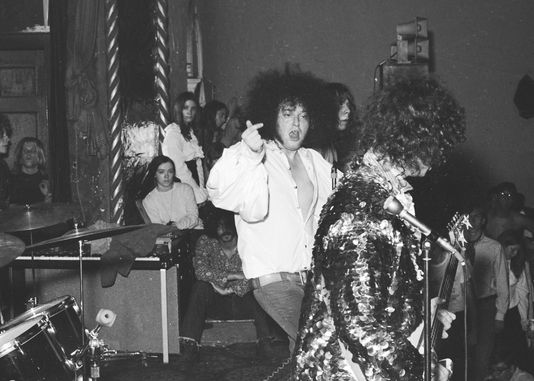 Play music because you are in LOVE with it. Do not play for money alone.

One night WK pulls up to my house on his motorcycle in the suburb of Lincoln Park, MI. I was in between gigs. He came to ask me to sit in for their drummer Bob Gaspar, as he was growing tired of the direction the Motor City Five were heading in. It was the infamous Crystal Bar where the cast of MC5 characters became carved in stone. I said, yeah sure, I’m in, and that was my very first gig in the MC5. They gave me a toilet plunger as my membership ring.

Keep an open mind to possibilities. One may be an opportunity of a lifetime.

We were so determined to reach as many people with our show, that playing for free was the most successful option in those genesis days. We’d play anywhere. I mean anywhere. Before we met John Sinclair we had a few part time mangers. None of them could keep up with us we were so wild.

We released “I Can Only Give You Everything.” We intended to release our cover of Van Morrison’s “Gloria”, but the damn “Shadows of Night” beat us to it by 3 months. It went to number one across the nation. We were pissed. Extremely pissed. Our version was hot, and we got beat by the clock. This kind of thing can happen all the time. 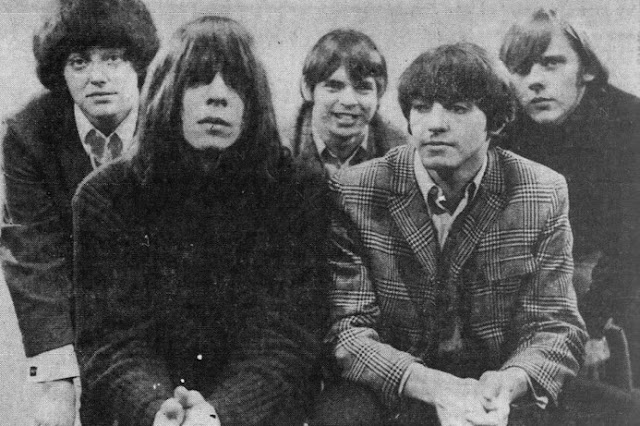 It is now 1966, and the band starts to get some paying gigs. We played on the Bob-lo boat. Bob-lo was an amusement park on an island. MC5, the cruise band! Ha, ha.

We played, some bars, and some sock hops with disc jockey Jerry Goodman, from WKNR and we also played in some battles of the bands. Those days we had to play where we could. It was fun because we kept getting better and better as players and performers. I remember playing at MSU & U of M mixers before their football games. Talk about rowdy parties! Oh yeah!

We meet John Sinclair at a party at the Artist’s Workshop celebrating his release from prison for possession of two joints. We go on at 3:00 am and Leni Sinclair pulls the plug on us for being too loud and it being too late

WK asks John if we can rehearse at the workshop, days only. He agrees. We thought it was a great opportunity hooking up with John and the Wayne State beatnik community. Russ Gibb decides to open the Grande after checking out the ballrooms in San Francisco. He asks us to be the house band. He tells us we will have to play for free for awhile...

Now we get to utilize the gathering of the tribe’s equation I wrote about where we help to get as many local bands as we can find to play at the Grande. We call our music “Avant Rock”, like the Yardbird’s called theirs “Rave Up”. 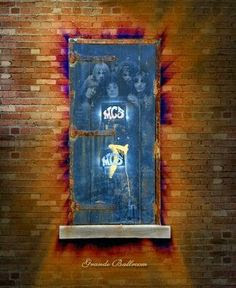 I’ll never forget the night two of my high school teachers came to see us play. They were my English Comp teacher and Physics teacher, Delton Barewolf, and George Busch. They were heroes of mine. They loved the show. I wonder what they were smoking? (Chuckle).Thanks men!

So the crowd grew exponentially. Soon, the place started to sell out. This of course brought national attention to Detroit… finally.

As the Grande grew, so did the prestige of playing there. Janis, Led Zeppelin, The Who, Cream, 10 Years After, Muddy Waters, Sly & the Family Stone, you name the band, they played there. I think we blew many of them clean off the stage.

Then there was the Who Wars, I called them. The first time The Who played the Grande, we sort of took away their thunder as we went on first and totally demolished our equipment at the end of Black To Comm” our insane improv piece. That was their gimmick. Townsend called it “Auto Destructive Art.” Well, we beat them too it that night and I think the Applause-O meter peaked for us on that battle. The very next time they played the Grande, they went on first before us. Smart move, guys.

We had a hole in the wall in the guest dressing room right adjacent to the girl’s rest room. We would peek in and vocally flirt with the girls as they came into the bathroom. Many flashed us their boobies. What fun! We also did performance art. The best was a fake assassination of Rob that went terribly wrong. 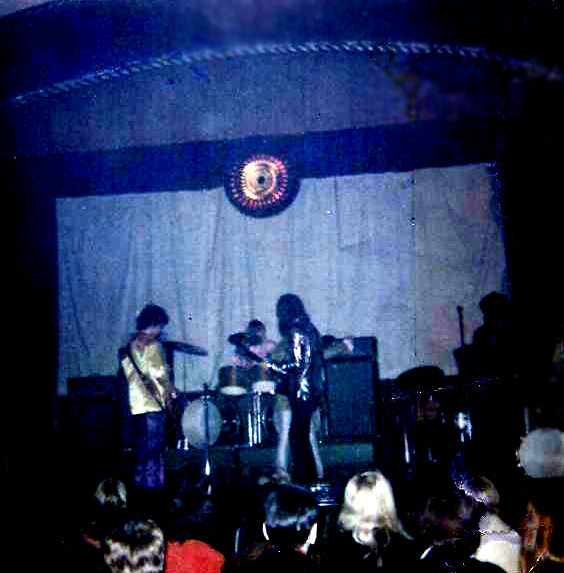 Our road manager Steve “The Hawk” Harnadek shot Rob from stage left with a starter pistol and we had to barricade our dressing room door as the fans were trying to kill him. Squibs and all were used, and it looked very real.


I used to faint a few times and the band would stop playing and revive me. That got their attention (the audience).

Once, we killed the house lights, had chairs brought on the stage, we sat down. Then a pretty girl bring us cokes. You could hear a pin drop. We then played a pre-recorded tape making light of our audiences square-ness, as the early fans all had short hair.

We begin to lead an army of poets, musicians, writers, roadies, costume designers, light show facilitators, managers, bands etc. Basically a tribe embodying an entire community of counter culture freaks and artists, with The Five as the merry leaders.

The new music is taking form. We get exposed to Sinclair’s jazz and be-bop record collection. Now the sky is the limit. As we were initially a cover group in the main, we have drawn our musical influences from, everyone from Motown, Stax-Volt (Wilson Picket, Otis Redding), James Brown, John Lee Hooker, Paul Butterfield Blues Band, Muddy Waters, John Coltrane, Pharoah, Saunders, Albert Ayler, Ornette Coleman, to name a few Jazz influences.

We drew from, Motown, Chuck Berry, the Beach Boys, the Byrds and the ENTIRE British invasion. That would be the Who, Yardbirds, Kinks, Procol Harum, Beatles, Stones, Hollies, Jimi Hendrix, ad infinitum. We encourage local bands to be high energy, and to muscle up. Playing covers is a great learning tool.

Drive, perseverance, hard work and study will create your own luck. We did our first TV show. Played Black To Comm, much to the dismay of the show’s host Seymour Rickling. We were f*****g loud!

Form alliances with other like-minded people. You will go a lot further in life with many, rather than a few friends and compatriots.

The afterburner’s kick in. We begin to break the sound barrier. Pun intended. Martin Luther King is assassinated.

"The most influential and widely read paper served by the web is New York's East Village Other (EVO) ... and it was reprinting some of the MC5's exploits ... Sinclair, on a trip east to hustle up work for the band, takes the record (Looking At You / Borderline) to EVO columnists Bob Rudnik and Dennia Frawley, who also host a weekly radio show, "Kokaine Karma" on WFMU, Upsala College's station ... There Sinclair meets Danny Fields, who happens to be the ' house hippie ' for Elektra Records." 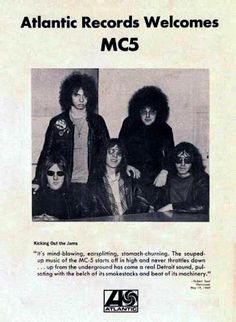 Enter Danny Fields, our magic man. He comes to Detroit, sees us and the Stooges and tells Jac Holzman, president of Elektra Records ( Blue Oyster Cult, The Doors, and Joni Mitchell) “I have just found two of the greatest rock bands in the world, you have got to sign them!” Prior to Elektra, we had only released a few singles locally and never made any money but we get good exposure. This is key…

We set up a live recording weekend at the Grande. The place is packed like sardines. What a fabulous crowd. Jac told us if we were not happy with the recordings we could do it again. Long story short, we were not happy, but we used the tapes anyway. First album is “Kick Out The Jams!” what a weekend! A whirlwind inside a hurricane.

There was some trepidation about using M*****F****R on the album, and I think that the media calling us the “Vanguard of the Revolution” actually helped our rise to fame. There was tremendous controversy wherever we went. That helped at first. Later it bit us.

Sure enough, the record gets released and many rack jobbers are threatened with lawsuits for obscenity. Hudson’s, a primary sales chain wouldn’t stock the record. This was catastrophic. Sinclair takes out an ad in a local paper saying “F**K Hudson’s! If they won’t sell it to you kick down the door!”

That got us fired from Elektra records. Holzman makes us overdub “Brothers and Sisters” instead of MF and deletes the liner notes. We were the first band to use that language ever in the history of rock. We got stuck in a Lenny Bruce type syndrome because of it.

Once the album KOTJ was released, the shit hit the fan. Our career really began to explode especially after going to New York City. The publicity machine in NYC is monstrous and this is where you make it or break it. 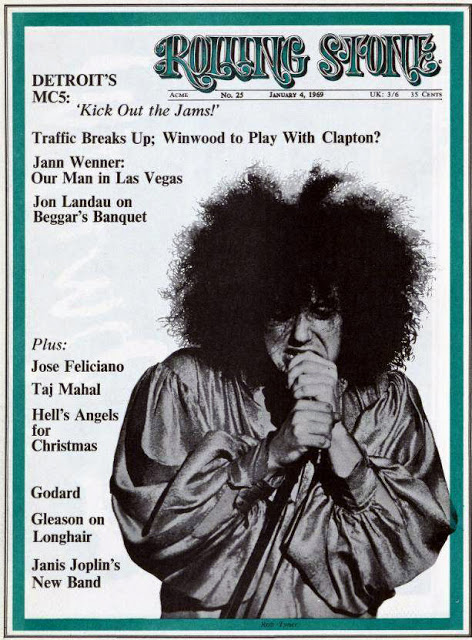 In April of 1969 we make the cover of the Rolling Stone. We make the cover of Jazz & Pop. Articles appear in Time and Newsweek magazines. Circus, Playboy, The National Enquirer, you name it. So it took us from 1966 to 1969 to “make it.” Time-wise, almost seven years. It was grueling, tedious, wild, crazy, shocking, relentless, hilarious, fun, and basically like riding a steamroller on nitro.

The rise to the “top” was not an easy one for us. But we were determined in spite of externals and in spite of our own mistakes to steam through it all. We loved what we were doing despite the slings and arrows. Damn man, what a ride! One of a kind to be sure…

Make plans for your present and future but do not plan your expectations.

All I can tell you is that the rock world is much like everything else in life. You hit walls. You will experience short term gaps in your progress. It is like a 45degree vector on a Cartesian graph. There will be downturn spikes but if you persist and have that cliched “burning desire” you will make continuous progress. Don’t give up, don’t sweat the little things (they are all little in the end.)

Many times in my ongoing life I have wondered if I could get in a time machine and could choose a different life path, would I do it all over again? I probably would, warts and all.

Who in the hell knows? I think it was destiny anyway, that the universe somehow made my choices for me and I was just a passenger chosen for the trip. Ever have this feeling? I get it all the time.

I wish to thank Kim Maki and Francois Hostal and for all their dedicated time and effort putting together the MGT Blog and MC5 Gateway.