KICK OUT THE JAMS: MC5 PLAY AT CATHOLIC HIGH SCHOOL

In 1968, the students returning to my suburban Detroit Catholic high school, Bishop Gallagher, had a surprise waiting for them: For the back-to-school dance that September, someone had booked the MC5, just as the band was starting to break out nationally as one of loudest and most outrageous acts of that tumultuous era. 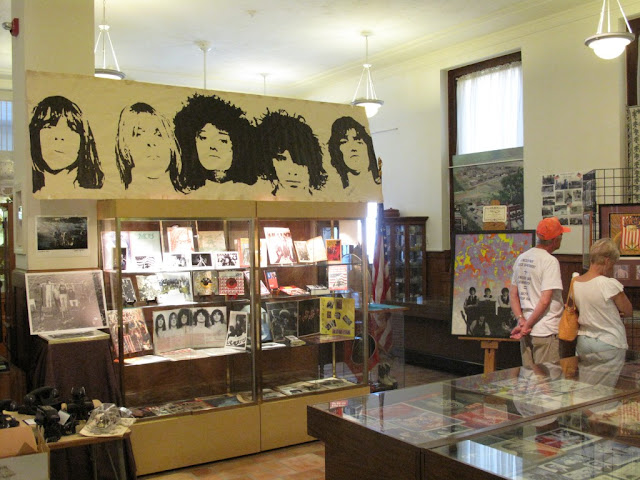 There was a lot of great music in Detroit in those days, starting with Motown, Aretha Franklin, and Bob Seger, and hundreds of garage bands playing British Invasion covers. But the Motor City Five aka MC5 was the first rock ensemble to fuse rock, soul, and jazz with an amazing stage show. Live was the way to experience the 5. Those lucky enough to have been there never forgot them and thousands of musicians continue to be inspired by them. 5 young guys from Lincoln Park, Michigan came together to form a musical dynamic so impressive that any attempt to recreate their sound and energy leaves the audience wishing it was 1969 once more.

And in a city whose flamboyant acts have ranged from Iggy and the Stooges to Insane Clown Posse, the MC5 still stands out. They were part of a loosely organized group of politicized hippies called the White Panthers that had been co-founded by the band’s manager, John Sinclair, a poet-provocateur and admirer of the Black Panthers who called himself the White Panthers’ Minister of Information. (A Black Panther reportedly once dismissed the White Panthers as “psychedelic clowns.”)

Four months after playing in the Bishop Gallagher High School gymnasium, the MC5 were featured on the cover of Rolling Stone magazine, and musicologists today are generally praiseful, with some considering them the first punk band, or at least an important link between rock and punk and/or heavy metal. In a used record store in Amsterdam 20 years ago, I saw a copy of an MC5 album that cost the equivalent of about $150. And it was not in good condition.

Wow! I went to Bishop Gallagher (class of 2003) and had heard rumors of this show. I would love to hear more about it or what shows were like when The 5 had honed their stage show/ personas and were still playing in out of the way places like schools, etc. Must have been electric and awesome to see people reacting to such a wildly new experience. -Joe the Librarian