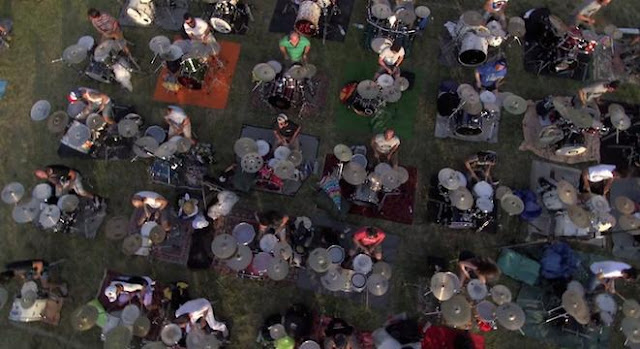 Good morning folks! Yesterday I happened to be scanning the tv news and caught a glimpse of a mass of young drummers all playing "Seven Nation Army" originally a White Stripes tune. 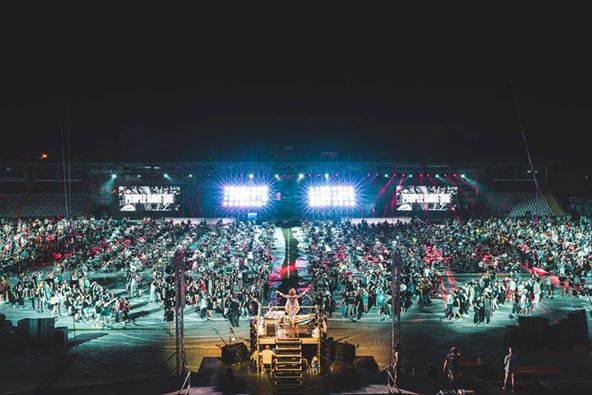 All of these young drummers were playing a complete 4 piece kits. It sounded fantastic! I was like what the heck was that?? 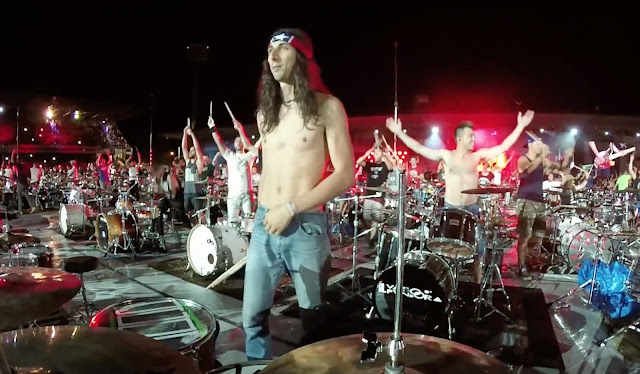 So I called Kimmer and asked her if she knew what this amazing group event might be and she did not. But she did post my question as a Machinegun Challenge on Facebook and asked our friends if anyone knew. 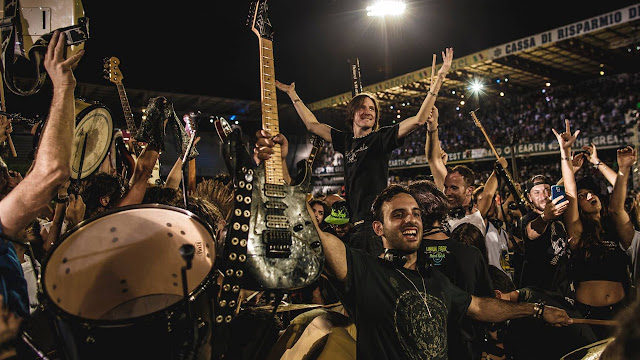 Within minutes Meme "Screaming Me Me" King from Phoenix AZ wrote in. Meme is so forward thinking and possesses such great taste in music, she knew the band was Rockin' 1000 straight away.

Rockin' 1000 is a huge conglomeration of young musicians mostly from Italy but players from other countries are included as well. 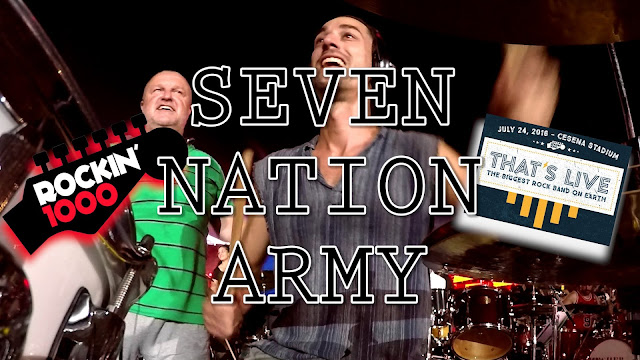 Thanks for the tip Ms Meme! Here is the video that I saw.Hope you all enjoy them as much as I did. KOTJ -D

The Rockin' 1000 is a group of rock musicians from mainly Italy and a few from other countries such as Canada, Mexico, England, Austria, Croatia, Bosnia and Germany.


Get their new CD click one of the links below

As the name indicates, over a thousand musicians play and sing simultaneously at their concerts. The home of the organization is in Cesena in Italy, originally assembled in July 2015 as a stunt to get the Foo Fighters to visit their hometown, which finally happened on October 2015.

They are now an established presence, and have made subsequent appearances. They have been described as the "biggest band in the world." They were originally organized in a crowdfunding effort by Fabio Zaffagnini. Their initial performance in 2015 was made under the direction of Marco Sabiu. They played an 18-song concert on July 24th, 2016 in Cesena, Italy in the Orogel stadium in front of an audience of around 15,000 people. 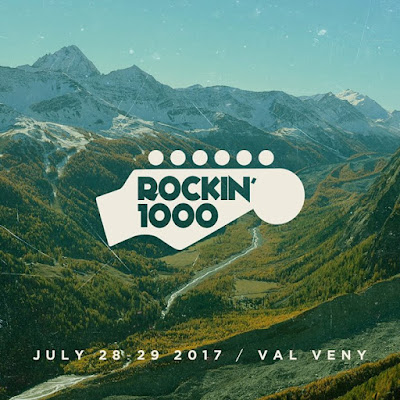