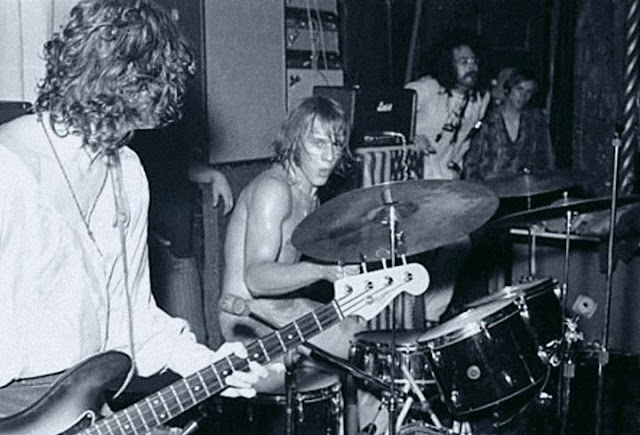 Our friend Big Rich Dorris was way ahead of his time when he took his video cam around to film different gigs in Detroit and Ann Arbor.  Big happened to be at the Grande when Dennis was filming a narrative for the True Testimonial film.

By the way...We heard recently that MC5 True Testmonial has obtained the necessary funding and is going to be released some time this year. Good news for the beleaguered film makers and anxious fans...


Rich filmed the interview from stage left while the film makers were facing Dennis.  How cool tha we can share these videos!
VIDEO 2