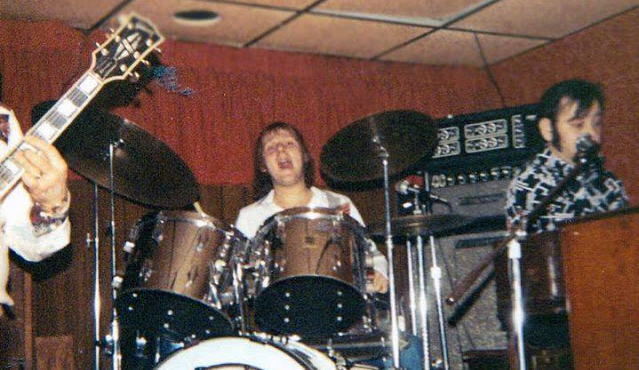 Having Fun: Dennis and Brother Pete on Keyboards

I am the prototype baby boomer. Right down to the date I was born. 9/7/48. Just a couple of years late of being the baby boomer poster boy. But I was close. Mighty close. My birth was also a happy accident, and a blessing I think (hope)? entered this world ten years after my brother Pete and sister Donna.

Let’s move forward in time to 1961, when I was 13 years old. What a time. America was on a roll and everyone had 2 cars in the garage and a chicken in every pot. There was plenty of factory/manufacturing work for all the men returning from overseas after winning the big one, WWII. America was bustling and growing exponentially.

Cookie cutter suburbs popped up like flowers in the spring. It was boom time for the USA. The creation of the true middle class began after this war and Americans never had it better.

Not like the USA now. Not even close! Even the policemen were friendly, or so it seemed. We would have a very, very different attitude on police a few years down the line though, right?

Back to 1961 Lincoln Park and I was in 8th grade then. I had a crush on a gal name of Frances Burns. Would ride my bike past her house as much as ten times a day. Talk about the original stalker! (LOL)

Well to Frances I was invisible. She was into the football players so I joined the football team and played right side linebacker on defense. We played this bigger team from a school called Divine Child. They were all twice our size. Their fullback creamed me, ruining my right knee till this day. Ouch!

Later on in high school now as the drummer of the MC5, Frances warmed up to me, but I was on my way then and she had her chance. You snooze you lose!
If ever I was a normal person these were the days. I played baseball in the Babe Ruth league, became an all-star 2 years in a row. We used to play every day in the summer. Even played against Fred Smith before we joined forces in the MC5, though we didn’t know each other yet.

My gang of neighborhood guys used to have BB gun fights with trash can lids as shields, wore football helmets, and sunglasses as armor. What a riot! Nobody lost an eye.

My grandparents owned a small farm in, of all places, Hicksville Ohio. Nyuk, nyuk. Spent 2-3 weeks every summer there. Voilà! I morphed into Farmer Dennis. Drove the tractor disking the fields prepping for the planting of corn and soy beans. 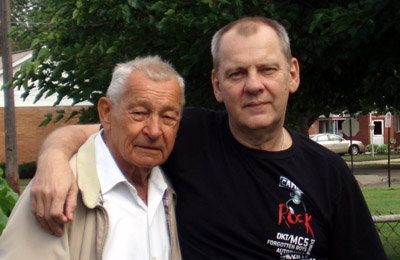 My family had moved from Detroit City proper in ’52 when I was 4 years young. My little slice of heaven was to be in the tiny downriver suburb of Lincoln Park just south of Detroit. I was to live there until I was 18.

“Novena Fight Night” happened weekly when mom went to church on Tuesday nights for an hour. Pete would get on his knees and we went wild wrestling and knocking everything over.

My older sister Donna, was always afraid we would break the huge picture window in the living room and never failed to squeal on us. Of course we put everything back in it’s place before mother came home. What a ball.

There were no shopping malls yet. There was the big multi-story Hudson’s downtown which I loved to go to with my mom. It is a sore topic to me to this day today concerning John Sinclair's decision to run that full page ad screaming F**K Hudsons! when they would not stock our record. Would'nt negotiation been a better tactic?

But that is the dichotomy of The MC5 - John Sinclair and his White Panther Party.

Would the MC5 have been more successful in the main stream without Sinclair's pot politics or just been another band from Detroit? You tell me. To me it was about making music not legalizing pot or overthrowing the government. and NO the MC5 were NOT communist! We were American! 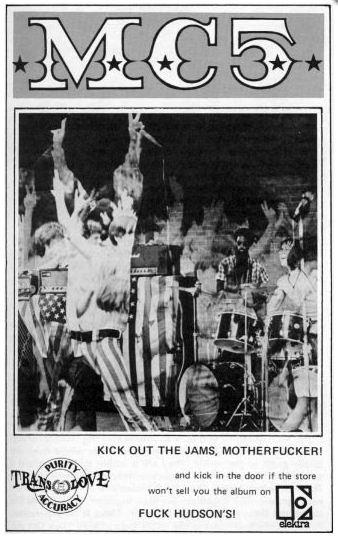 Strange how things work… My father worked two jobs. Dinner was at 4:30pm sharp every day. He would woof down his dinner after working 8 hours at a factory then zip to his next job at another machine shop, then put in four more hours.

He worked those two jobs to send his three children to college. I was an honor student andmy father's dream was to see me graduate as an engineer from Wayne State University.

But I had the bug for playing music at weddings with Pete at age 13.
My parents were disappointed that I chose the band over school but they supported my decision.

Who would know what fate had in store for me. If my parents ever thought I would wind up on a high performance search and destroy team as the MC5, I think my drums might have magically disappeared one night.

Thank God no one had a clue. Hell, not even yours truly. This post was fun. I hope you liked it, as I wish to give you a little more insight into the life and times of a rebel in his earlier years. Cheers everyone, MGT