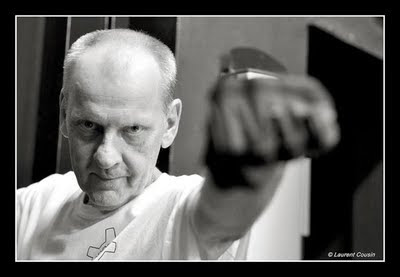 Dennis "Machinegun" Thompson
Machine Gun powered the band as well as ever. I did my best, ha.. ha.. ha..

We did it in style. The Guitar en Scene Festival in Cluses, France was a howling success. Hell, we did Black To Comm as an encore! Excellent… William Duvall was stellar—what a lead singer... Could not have been any better. He really killed ‘em on the whole set. 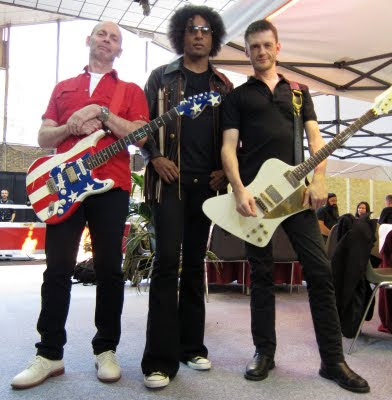 Adam Pearson—what can I say about Adam, as He and Wayne work so well together on the twin guitar attack. 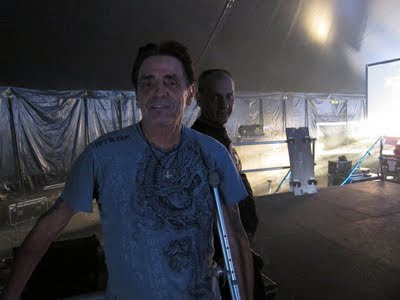 Michael Davis—He was the super soldier in as much as he did rehearsals and the show on a recovering broken leg in a leg brace and using crutches! Great job Mike! 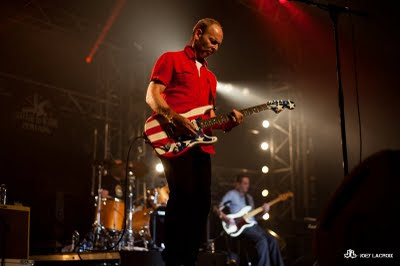 Wayne played his ass off and as usual and scored high points in the blistering solo department. It was a guitar festival after all…

To Christian Lacroix, the key man in putting together this one of a kind festival, we can only say thank you from all the men in the DKT/MC5 corner. Thank you again for everything from our rehearsal setup to the stage/backstaging area. All was as classy a setup as I have ever experienced in the DKT/MC5 run these last eight years. 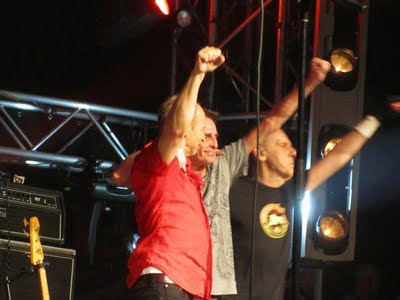 The Stooges were downright dangerous as usual, and together with Lisa Kekaula & The Bellrays (Lisa sat in with us for one tune) a grand time was had by all in attendance. Truly…

Well, rock on my friends, and don’t forget to write me and keep Kickin’ Out those Jams Mother F—kers!!! 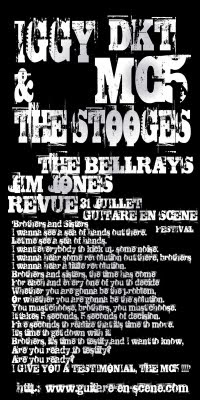