GOING TO SEE A NASCAR RACE AT MIS! 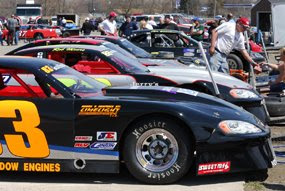 When I was 15 I used to sneak into Detroit Dragway and watch the drags. Wayne and I went together at least once. There was a fence we could pull up and voila, we were in! I can smell the rubber and nitro and the roar of the race at hand was vibrating my chest.

Excitement to the max and I mean max. We all grew up as gear heads. I built a ‘67 Camaro SS. I added a high rise manifold , 750 cc carb, tuned headers , sway bar, 4/11 new rear end the whole enchilada. Got three speeding tickets with that car.

Later on I bought a 427 c.i. silver corvette ragtop and got three more speeding tickets and had my license yanked . About 2 or three times I think. 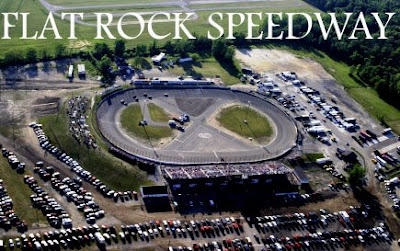 Nascar Racing, both the Nationwide series, and Sprint Cup is the fastest growing sport in the world. Crowds pack the bigger tracks to the tune of 250,000, rabid fans, each of which are fiercely loyal to the death rooting for their favorite drivers and teams. When I need to unwind I watch every race I find on the tube. I like the short oval tracks too. We go locally to the Flatrock Speedway where, Frank, Sr, Frank, Jr and sweet Judy Bockstanz have been running the track for many years.

Well, I went to Flatrock yesterday to do a recording session for a project I am involved with currently. We zipped over to the Speedway to get a schedule. I met the family and they were the friendliest group of people I have met in a long time. They invited us into the office. They were MC5 fans. Small world.

They run a family business there showcasing the ARCA Series racing group and if you haven’t been there yet I strongly urge that you go. It will be a night you will remember because you can get just a few feet away from these madmen as they fly around the track at amazing speeds. Sprint Cup driver Kenny Schrader has raced there many times in the past. What a rush!

You got a first date? Go to Flatrock Speedway located on 2009 Telegraph Road right past downtown Flatrock.

Retro Kimmer and I are going to Michigan International Speedway this year to catch the Sprint cup race. You will be amazed how much fun actually being at a race can be. 200 mph plus! Yahoo! Personally we like Matt Kenseth as he is a thinking man’s driver. Secondly, I would love to see Mark Martin take the Championship so he can go out at the top of the game.