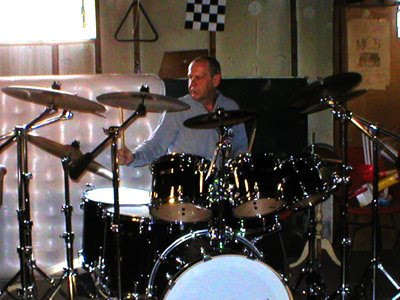 MD: What do you believe to be the most important element of the MC5's legacy?

DT: The freedom to explore new musical territory. To be bold, to be different. Be musically courageous. Take chances. In order to break new ground, the MC5 had to take risks, and above all, we had to do so by being open minded and creative, yet thorough in our study and application of musical forms and genres In other words, do your homework, study dilligently, emulate that which you love, but ultimately and finally, be yourself, and have much fun in that process.

MD: How do you view the current creative/musical climate as compared to that of the turbulent 1960s?

DT: Unfortunately I really do not hear much that pulls me in. There is a plethora of polished studio fabricated music being generated, but I haven’t heard that band, that tune, that grabs me and shakes me to the core. Maybe I am being too hyper critical, but I love music that stretches the boundaries, that hasn’t been done before.

MD: What were some of the challenges associated with retaking the stage with Mike and Wayne after so many years apart?

DT: Mostly getting up to physical strength, and getting my chops, speed and endurance up to the level of energy MC5 music dictates. I was a fairly strong and a much younger man back then.


Once we played the first ten shows, I was feeling pretty much at ease. I had to work on timing and pocket precision and we purchased a tempo ref to aid me in this pursuit. Worked well. Another issue was keeping the tunes fresh and new while staying true to the original recorded performances. This took work. We would record each show and listen to the performance then make corrections from day to day. We took it serious and we got excellent results from this approach of continuous improvement. Sort of like QS 9000 statistical control methodology. Keep refining and improving looking to zero point tolerance of error. And of course getting to that comfort zone while having fun on the stage as well,

MD: How has your technique changed over time?

DT: Quite a lot, and mainly by necessity. I now play with much less force and tucked in elbows, more wrist action and less arm action. Pulling cymbals in to cut down the motion/distance traveled from stick tip to head or cymbal, economizing energy expenditure.
Much more focus on time keeping perfection. More awareness of playing the silence and developing my own tastier fill-ins. More development of playing free inside of the classic 4-4 time signature, moving in and out of the beat while keeping the beat. It’s all about inner clock comprehension and discipline. I understand drum machines play perfect time, but they truly do suck in the “feel” department, no?

MD: Is there a concise way you can quantify the scope of your involvement with a legendary band? (How do you feel looking back and recalling the highs and lows of being in the MC5?).


DT: Yes I can. The sword of Damocles comes to mind. Two edged to be sure.

MD: Generating a big drum sound with a modest kit (as did many drumming contemporaries of the '60s), what is your opinion about the massive double sets that many drummers adopted in the '70s and '80s? (Practical? Style over substance? Just plain bullshit?)

DT: This is a touchy subject with drummers. But I only wish to say-- just listen to the wall of sounds that came from Buddy Rich, Gene Krupa, and Elvin Jones on a classic three piece jazz kit. I am still studying Elvin Jones and will till the day I’m not able to play anymore.

MD: Are there any touring drummers whose playing you find inspirational or artistically significant?

DT: I saw the Who Big Band in Sydney in summer of 2004.and Zack Starkey floored me. I just went to a Steve Gadd clinic this month and was very impressed with his chops.

MD: A great deal of unconventionality was used in the 5's musical approach. Describe how such latitude allowed you to mature as a drummer.

DT: I had a lot of freedom. I was gratefully exposed to large amounts of traditional &amp; free jazz, blues classics, Motown, the British Wave (ala Moon &amp; Mitchell ) vis-à-vis John Sinclair’s (our manager) vast record collection. The Five were always on the fast track to reach new territory inside and out of the rock format. Plus I had two great guitar players and a monster bass player to keep up with.

MD: How is the Machine Gunner's epitaph going to read?

“Never too proud to practice, listen, and learn.”
click to see "Empty Heart"