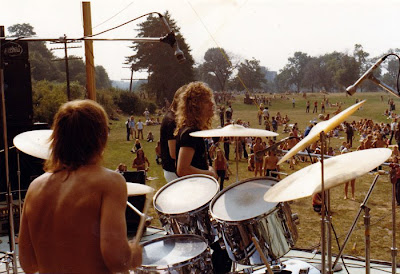 Up on stage, Dave Gilbert takes charge. He grabs the mike and screams, "You donwanna hear no bullsh*t! You wanna hear some Rock And Roll!" The crowd erupts in wild approval. They know what they want. They wanna get down. And the New Order has got that fact down. Their show is like watching a five-ring circus where the lions get the Christians. 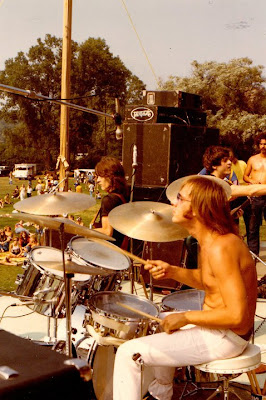 Today's guest post comes from Don Waller from the Imperial Dogs. Don went to see NO and wrote a review under the name Doc Savage. He sent this in today and he was there in Hollywood when New Order were shooting for a record deal. 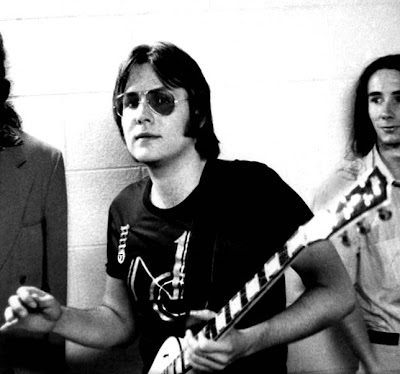 When Deniz Tek was in L.A. a couple months back, he asked me about my witnessing any gigs by the New Order. I told him they were good, but I was surprised by his question and was kinda short on details. But here's what I wrote about 'em in the legendary Back Door Man fanzine after witnessing them for the first time at the Warner Grand Theatre in San Pedro.

Amazingly, that theatre has since been restored to its former glory after it was in danger of being torn down; by the mid-'70s it had fallen into extreme disuse.

This "review" appeared in BDM issue No. 6; April 1976. It was accompanied by individual photos of all five members. "Doc Savage" was my pen name 'cause when we started BDM, I was still in the Imperial Dogs and didn't want to create any further problems for the band by voicing such outrageous opinions in print. Heh. 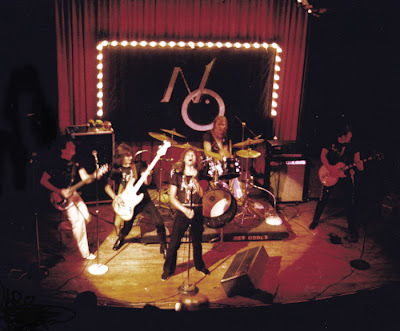 The New Order is BAD. Like Jesse James. They walk on, cool and slow. Checkin' it out. Gettin' it right. They ain't pretty, but ... WHAM! BAM! F**KINGDAMN! All Hell breaks loose. Godzilla wrecks Tokyo. The Hindenburg explodes in mid-air.

The barbarians are at the gates. Loud? you can feel your brain cells popping! My eyes re-focus. Stunned, I decide this calls for a smoke. Three songs later, I still haven't been able to tear myself away long enough to light the f**ker. I can't even believe this ... 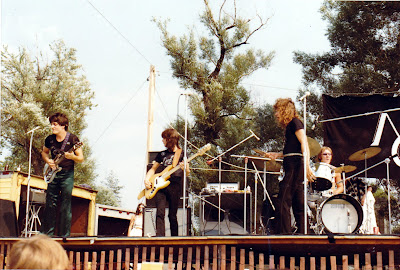 Nothing pre-packaged. No props. No costumes. They make the music smoke. New Order creates an aura, a sense of involvement, with just guitars, sweat, and enthusiasm. To recreate a similar effect in your very own home, take two turntables, and play Get Your Ya-Ya's Out and Get Your Wings at exactly the same time until the police come. Like I said, similar, but you get the idea. A double-barreled blast of red-blooded sex and first-drunk mania.

So they got the spirit. So they got the sound. Here's the clincher. They write great songs. Melodic and musical, with clever, street smart lyrics. Songs that grab you by the balls and brain both. Call that command. Call that rock and roll . 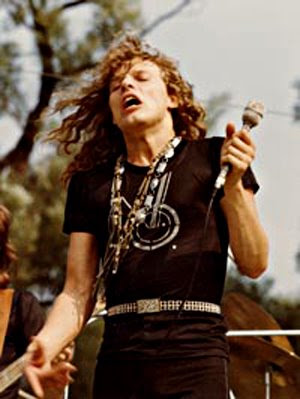 Dave Gilbert Whether it's Dave's liquid steel voice shifting from a desperate whisper to a defiant scream in the haunting heavy metal ballad, "Sold For Cash, Girl" .. . 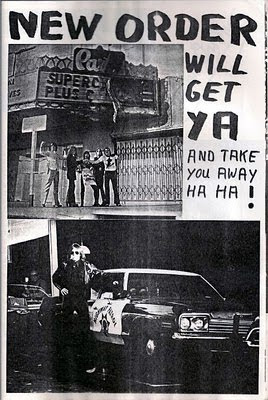 Whether it's Ray Gunn, charging 30 feet across the stage, while burning up the fretboard with slashing, white-hot spiral intricacies on top of the band's cross-fire hurricane in "Of Another World" ...

Whether it's Jimmy Recca's body smoothly rocking steady back-and-forth, caught in his own pulsating web of thundering bass lines on "Sex Drive" ...

Whether it's Dennis Thompson's two-fisted, jackhammer drumming, playing as if his life depended on it, the air around him a haze of broken sticks, smashing up a non-stop precision avalanche on "Vicious Circles," it's all the same. Call that style. Call that  rock 'n' roll 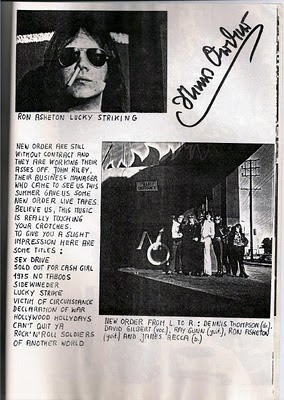 Yeah, Rock and Roll. In-and-out, in-and-out. Back to the basics. Sex and Mania. If you can't fuck to it, it ain't rock 'n' roll, right? And if you can, then that's enough.
Purity of content. That's the New Order, a return to the roots. Not some lameass nostalgia. Not some idiotic cliches. They're a soul crusade. Call that image. Call that rock and roll. Call it the New Order. ** DOC SAVAGE** Thanks Don! Read More on the New Order written by MGT New Order Beginning New Order Part Two New Order Part Three New Order The End New Order Live in LA