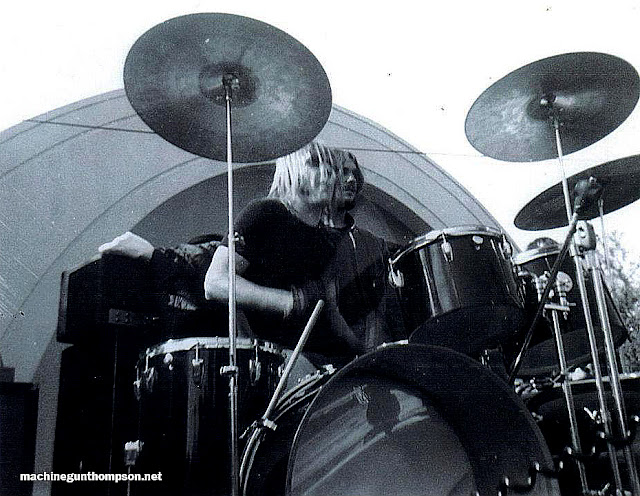 For every drummer that has a unique style, odds are high they have studied many other drummer's styles.

We borrow (steal) beats and moves we like. Just about every rock drummer, as in every other discipline, the study of your peers is very important. In my case, I had to practice in the woodshed until I was blue in the face.

I highly recommend learning the 40 basic drum rudiments by playing along to your fave tunes (try it with headphones on). I had to stop doing the double stroke roll and fashion a new approach based on the single stroke roll, like The Who's drummer, Keith Moon.

The guys in the MC5 were using Marshall, Super Beatle, and Sun amps each pumping out 200 watts. (LOUD) In the early days, if I played traditional grip, I was not heard. Not miked so it was so hard to be heard with the guitars played on ten-volume. 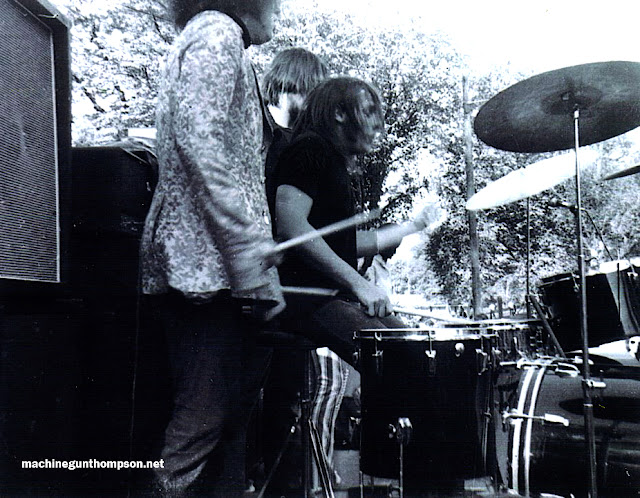 So what did I do? Take a guess.

I had to play the hardest of any drummer of the day just to be heard.
Had to teach myself to play match grip. On every fill-in on the snare drum, I had to hit rim shots. This was not easy.

Breaking 5B's, 2B's and eventually 2S drumsticks was normal for me!

When playing at the Grande, Bro Jesse Crawford kneeled behind me. His job was to immediately hand me a 5B drumstick every time I broke one (normally 5 to 7 sticks per show). Watch "MC5 at Tartar Field Ramblin' Rose". I break four stix on that one song. 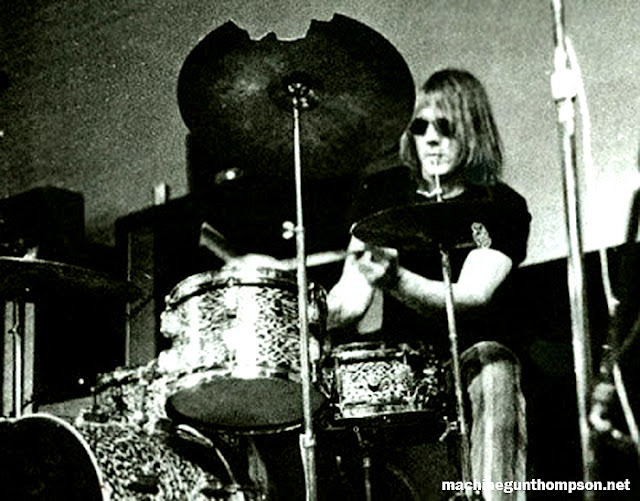 Breaking snare drum rims, bass drum pedals, all the cymbals, and every size drum head, not to mention knocking over all of the cymbal stands would piss me off. So, when I was angry I would fire a drumstick out into the crowd or into Rob Tyner's back. Especially whenever he would let "Looking At You" play on and on for what seemed forever... Poor me! 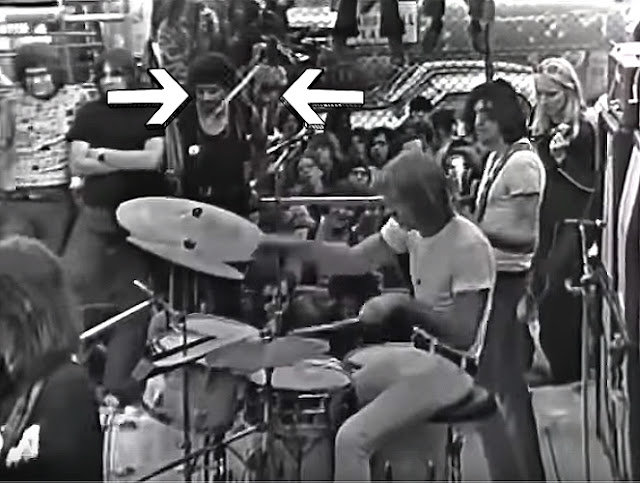 Dangerous stuff that. Thank goodness I never hurt someone. Most likely because everyone's eyes were glued to the stage.

The next night on stage the puffed-up water blisters would explode again, leaving the painful tenderized skin raw. Super glue and medical tape and gauze became my best friend. It was miserable...

So next I tried poppin' the blisters a couple days before a show. Didn't work either. Damn, damn, damn the MC5!! I'm going back to college! Screw this s***!!

Oh, did I forget to mention losing 5 to 7 pounds per show, and consequently earning the world title as the hardest-workin' drummer on this planet? Honest. 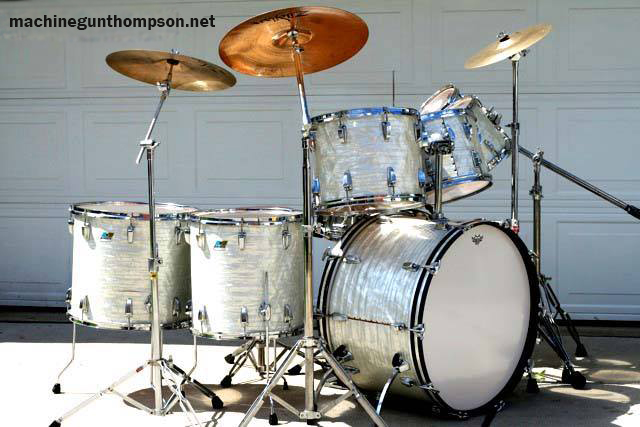 Ron Levine, my friend, and group stagehand secured an endorsement deal for me as a frontline consultant for the Ludwig Drum Co. Ludwig recruited me to help William Ludwig Jr. on a project to beef up of all of the drum kit hardware. Cymbal stands, snare and hi-hat stands, and thrones.

See the photo for the first heavy-duty Ludwig kit we designed..Of course they gave me the kit!