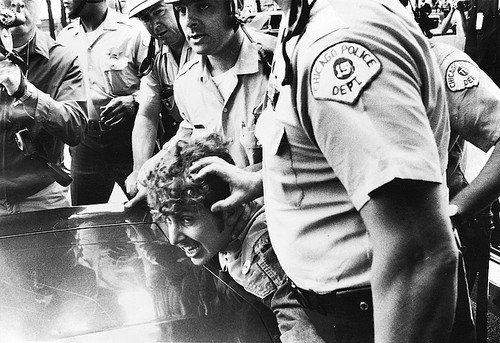 Nightsticks, shields, horses, and guns, vs. rocks and bottles. Brutal in the most extreme. Scary, and mighty damn surreal. Norman Mailer wrote a piece about the MC5 at Lincoln Park Chicago Riot in 1968 .

We were, and still are, a nation in hellish turmoil. Many factions running counter to the laws of the establishment simultaneously. Understand this, segregation was the way of the day (mid to late ‘60’s), and we participated in a massive minority rights movement on two fronts.

Martin Luther King’s peaceable non-violent “We Shall Overcome” approach, diametrically counter-pointed by the Black Panthers and their willingness to use force and violence to get out from underneath the dreaded oppression of the establishment culture of that time.

Concurrently, there existed a white youth counter culture expressing their anti-violent credo of “Turn On, Tune In, and Drop Out.” This phrase was invented by Dr. Timothy Leary.

Hippies were everywhere espousing their belief system of “Peace &amp; Love” that later morphed into “Sex, Drugs, and Rock and Roll.”

There was the also the Women’s Rights Movement. We were experiencing the birth of the feminist movement, as women began demanding equality, equal pay, and freedom to be what they wanted to be. The antiquated Norman Rockwellian version of American women as contented happy homemakers was all but over.

This was all happening at the same time!

But the biggest movement of all, the one which acted as The Nucleus, the one unifying element of all these similar, yet at times conflicting points of view, was the umbrella that all protest resided under in harmony, and that was the Anti Vietnam War Movement. This was the unifying thread for all disenchanted American citizens passionate desire to stop the War in Vietnam , (or the “Police Action” as the administrations liked to refer to it.)

The movement started out small, mainly with semi-extremists like the SDS (Students For A Democratic Society), Black Panthers, white counter culture youth, the Mother F***ers’s in New York City, Feminists, along with hosts of underground newspapers.

Increasing numbers of rock and roll bands and folk singers began singing songs of protest, while hippies and college students protested the war with demonstrations on every campus in the nation. I mean every campus!

Many young men fled to Canada and many burned their draft cards. Many parents supported these alternatives to conscription, which by the way, might happen here again. Hope not…

Bumper stickers were everywhere proclaiming “My Country Right Or Wrong!” and “Stop The War Now!” Polarization of the nation right down to the 50-50 proposition.
Resistance to the war grew day by day as the war escalated over the years with no hope of victory in sight, and the body bags came home in increasing numbers. 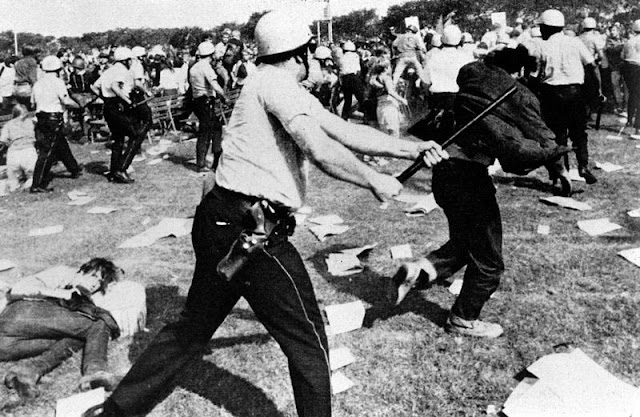