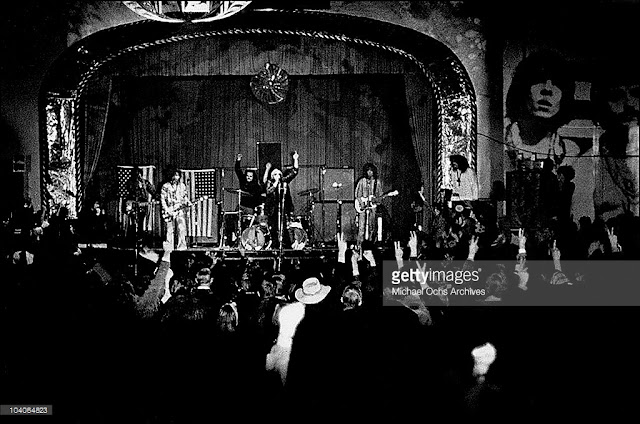 With the Stooges and the MC5, Elektra Records had cornered the market on the proto-punk sounds emanating from Detroit in the late 1960s. The Motor City five made their debut for the label with a live album recorded during two free concerts at the band's stronghold, the Grande Ballroom.

KICK OUT THE JAMS was a call to arms from the avowedly political quintet, and to judge from this blistering Halloween set, high-energy was at the top of their agenda, with incendiary opener “Ramblin' Rose” and independent single “Borderline” among the highlights. In both sound and attitude, MC5 was way ahead of its time, and this show caught the band at the peak of its rabble-rousing power.


Kick Out The Jams (Live)